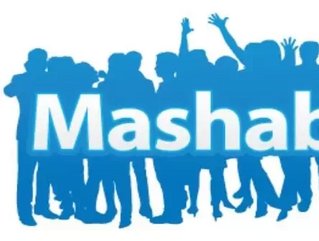 It seems the latest trend in the online media buying market—purchasable blogs—may be more than a trend, as another legendary media company has joined the ranks of blog purchasers. According to an insider, CNN, which has built a legendary reputation in the traditional media world, is looking to branch out in an innovative way and enter the new, albeit unpredictable online blogging market through their purchase of the tech-news blog Mashable.com.

The investment should be a safe bet. Mashable boasts over 200 million unique users a month who come to the blog site for all of the latest technology and social media news. In many ways, they have a monopoly on a niche market, as tech-savvy readers view the progressive site as a sort of media-news Mecca, often returning daily.

Started in 2005 by  22-year-old Pete Cashmore, the site has exploded onto the scene with its superior content grouping, which insiders say is the key to its viable success.

CNN's acquisition of Mashable would be bankable, however “would” is a vital variable in this story, as this alliance may only be a myth. The rumor was started by Rueters blogger Felix Salmon, who –with much sophistication-- reported from this year's South By Southwest festival, “A little birdie told me that CNN is going to announce the acquisition to buy social media giant Mashable,” adding that the announcement would be made Tuesday.

Dos and Don’ts of Linkedin Marketing

Mr. Salmon may be swimming upstream alone on this speculation—as absolutely verifiable sources have denied the rumor...those verifiable sources being the CEO and owner of the company. It appears Pete Cashmore claims Mr. Salmon’s bird-talking was a St. Francis-flight-of-fancy delusion, as Cashmore vehemently denied the rumors as false and fabricated.

So is this a case of citizen blogging gone awry? Or is perhaps Mr. Cashmore playing an old fashioned game of cat and mouse with an accurately perceptive press?

We should know the final decision by the end of tomorrow, however even just the prospect of the merging raises a great discussion on the future of blogging as a commercial commodity.

Great hope has come to independent bloggers and writers, who view the current free market landscape of the internet as the new wild, wild west. However, what does it say that their efforts are now bought, and exploited for the commercial gain of the already established few? Well for one, it says blogs are a hot commodity in today’s customizable, niche-audience market, already commanding financial respect from companies like Yahoo, AOL, and CNN.

Take for instance last year’s massive Huffington Post acquisition, which sold for a whopping $315 million dollars to AOL. Obviously the specificity and insights of blogs are proving lucrative, but can a broad company like CNN maintain the quality of citizen journaling that readers have come to appreciate? If the Huffington Post’s continued readership success can attest, the future looks bright for such an alliance.