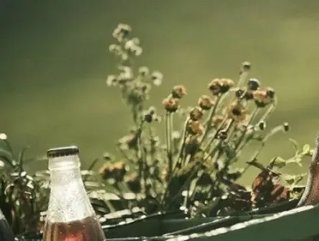 The soda is sweetened with Stevia, a natural alternative to the high-fructose corn syrup that is normally found in coke products. Stevia is extracted from plants native to South America.

The addition to Coca-Cola’s product offerings follows in-line with consumer demands for more environmentally friendly products. The product is “healthier”, featuring green packaging instead of Coca-Cola’s normal red packaging, and the soda is sold in Coca-Cola’s “PlantBottle”, a fully recyclable bottle composed of 30 percent vegetable fiber.

There is debate on whether Coca-Cola Life is truly a sustainable product. Critics of the PlantBottle say that the product is misleading. The bottle production requires excessive amounts of water and by creating non-biodegradable product, Coke only adds to the growing landfill problem.

The addition of a greener product might not be the most ideal solution, but does show that Coke is making an attempt to “go green.” Like most food giants, Coke makes its product decisions based on the trends of the market. Greener and more healthy products seem to the trend as of late.

Coca-Cola is in stiff competition with soda products that are healthier and more sustainable. SodaStream offers an even better alternative for soda without as much wasteful packaging because you use the same bottles again and again.