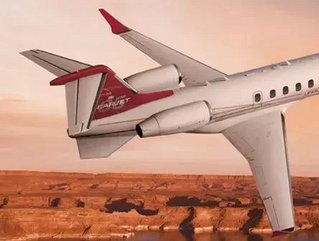 Avcorp Industries announced late last week that its subsidiary, Comtek Advanced Structures (Comtek), garnered Learjet 85 manufacturing contract from Bombardier Aerospace. As part of the agree Comtek will design, manufacture and support the floor panels for the Learjet 85* business jet. Comtek currently supplies the floor panels for Bombardier's Q400* turboprop and CRJ700*, CRJ900* and CRJ1000* regional jets and has done so since the program's start. The Learjet 85 aircraft program contract marks a significant expansion of Comtek's relationship with Bombardier as a provider of similar design-build products for business aircraft. Under a separate agreement with Bombardier, Comtek also provided flooring spares through its global distribution network for Q-Series* 100/200/300 turboprop aircraft.

"Comtek is excited to expand its long-term relationship with Bombardier as a Tier 1 design-build supplier," saidPatrick Whyte, Comtek's President. "As a specialist in composite aircraft structures, we are well-positioned to grow as the use of composites in new aircraft designs continues to increase."

Launched in 2007, the Learjet 85 aircraft program fits the midsize segment of the market. It will be the first Bombardier business jet to feature a primarily composite structure.

In addition to the flooring, Comtek will also provide composite panels that are integrated into the avionics rack for the Learjet 85 aircraft.

Avcorp designs and builds major airframe structures for some of the world's leading aircraft companies, including Boeing, BAES and Cessna. With more than 50 years of experience, 500 skilled employees and 354,000 square feet of facilities in Delta BC and Burlington ON, Avcorp offers integrated composite and metallic aircraft structures to aircraft manufacturers, a distinct advantage in the pursuit of contracts for new aircraft designs, which require lower-cost, light-weight, strong, reliable structures. Avcorp is a Canadian public company, traded on the Toronto Stock Exchange