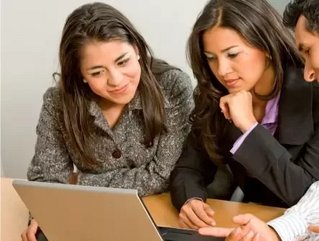 This will delight you if you own a small business in Canada. The Canadian Federation of Independent Business, Canada’s largest association of independent entrepreneurs, announced Wednesday a higher confidence in Canadian small and mid-size businesses in April.

The CFIB based this conclusion on their Business Barometer ®Index which rose to 70.7 points. This is a point and a half higher than March’s results and reflects the highest business optimism that has been in six years.

"Although it has been close in the past few months, this is the first time since early 2005 that the index has actually risen above the 70 mark," explained CFIB vice-president and chief economist, Ted Mallett, in a statement. "Nonetheless, the overall positive result masks some pretty large regional and sectoral differences-suggesting there are growing internal pressures in the economy."

Business operations in Canada are functioning at above national averages in Saskatchewan, Alberta, Newfoundland, Labrador, Manitoba and British Columbia, while in Quebec, businesses are less confident than their similar province counterparts. Ontario surprised the CFIB by its five point spike in April, no matter rising energy prices or Canadian Dollar value.

The CFIB Business Barometer ®Index is measured on a scale of 0-100. A total equalling more than 50 points means business owners expect stronger business performance in year to year comparisons. An indicator of economic growth is when index levels of the business range between 65 and 75.

This year’s results are based on 743 online survey responses from a random sample of CFIB members. Result accuracy is statistically in a range of plus or minus 3.6 per cent.