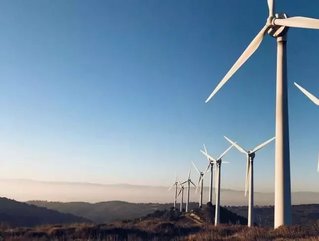 Exelon subsidiary Constellation, a leading US supplier of power, natural gas and energy products and services for homes and businesses announced today it has signed a long-term agreement with food & beverage giant Starbucks. The deal, which will come into effect by the end of the year, will see 100% renewable energy produced by Enel Green Power North America power 340 company-operated Starbucks locations in the Illinois area.

According to a Marketwatch report, the deal “will enable Starbucks to support the generation of approximately 48,000 megawatt-hours of wind power from EGP’s HillTopper wind project”.

The report continues, noting that the power supplied is “enough to brew nearly 100 million cups of coffee, or more than seven cups of coffee for every Illinois resident”, and “ will deliver an annual environmental benefit equivalent to removing nearly 8,000 passenger vehicles from the road.”

Rebecca Zimmer, director of global environmental impact for Starbucks said in a statement: “It’s exciting to see Starbucks continue its commitment to play a role in the growth of renewable energy markets… We are identifying and investing in new green power projects that are close to our retail communities and give our store partners a story they can be proud of.”

Enel Green Power’s HillTopper wind farm, which cost an estimated US$325mn is expected to be fully operational by the end of 2018 and have a capacity of 185 megawatts.

“Constellation is dedicated to providing clean energy solutions that help our customers meet their environmental goals,” Mark Huston, president of Constellation’s national retail business told Marketwatch. “Starbucks is among the nation’s top purchasers of renewable electricity and it is fitting that they chose Constellation to sustainably power hundreds of their Illinois locations.”