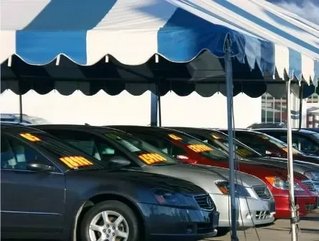 Yesterday, major car manufacturers such as Toyota, General Motors, and Ford released their 2012 forecasts for Canada car sales. It was an interesting portrait of the optimist vs. the pessimist as Toyota Canada’s new president Seiji Ichii set a sales goal increase of 25 per cent while the Detroit ‘Big Three’ predicted little to no sales growth for 2012.

According to the Globe and Mail, Canadian car sales sold 1.59 million vehicles in 2011, a 1.86 per cent increase from 2012. While that number is positive and certainly better than 2009’s recession fall of 1.46 million—it is considerable less than pre-recession numbers like 2007’s 1.65 million sales.

During his first interview with the public, Ichii acknowledged the challenges of realizing this lofty goal but asserted his belief that a fleet of new and redesigned vehicles would woo Canadian car consumers back to Toyota.

During the next year, the company plans to release and redesign 18 Toyota, Lexus and Scion vehicles. Toyota is counting on their subcompact Yaris, mid-sized Camry sedans, and new hybrid Prius vehicles to carry sales.

At the Detroit Auto Show, the Canadian heads of General Motors, Ford Motor Company of Canada, and Chrysler Canada forecasted little to no growth at all. General Motors Canada president Kevin Williams gave the most conservative prediction saying: “…Our best analysis says that we're going to be flat to slightly down."

Ford Motor Company of Canada’s new president and CEO Dianne Craig predicted growth of one to two percent. Finally, Reid Bigland, president and CEO of Chrysler Canada gave a range of growth between minus two and plus two per cent.

In the end, only time and Canadian consumers will tell how many cars will get sold in 2012.

Information sourced from The Globe and Mail and CTV news.