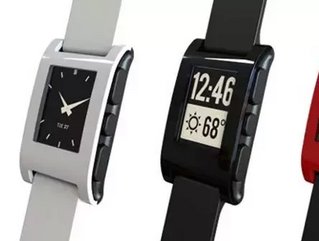 In the not-so-distant past entrepreneurial drive was likely to be hampered by an unavoidable reality: financial backing. Inventors and hopeful business owners could pray for a wealthy, private investor to take interest in their cause, or jump through hoops to get a loan, potentially slowing a project’s growth or even leading to missed opportunities.

Enter crowdfunding. Increasingly mentioned in day-to-day business news, you may have been wondering just what crowdfundingis and what has made it so darn successful in recent months.

Known by many names – crowdsourcing, crowdfunding, crowd financing, equity crowdfunding, or hyper funding – the practice is essentially funding provided by a large group of outside parties who pool their money together, usually via the Internet. In return, investors or backers, may receive anything from a personal thank-you note to a sample of the product once it is released.

Now, more than 20,000 projects, ranging from video game development and independent films, to garden projects, have been backed by the innovative practice.

Pebble Technology, led by Vancouver native Eric Migicovsky, utilized the online funding platform Kickstarterto launchdevelopment of the first “smart watch.” The project quickly made headlines, easily surpassing its original goal of $100,000 within two hours. After 12 hours, backers had pooled a half million dollars, making it the most successful Kickstarter project to date.

The 25-year-old entrepreneurial developer was as stunned as the rest of the world. “It was an exciting surprise,” Migicovsky told the Vancouver Sun in an interview shortly after the launch of the campaign. “We’re just really excited, it’s overwhelming.”

By the time the project reached its deadline on May 15, over $10 million had been pooled by nearly 70,000 investors. The watch, which will ship to backers in September, uses iPhone and Android apps, allowing users to check e-mail, view texts and calendar alerts with the flick of a wrist.

Intrigued? While Kickstarter has earned a large amount of media attention from the success of the Pebble project, it pays to research other online crowdfunding services that best fit your needs and could potentially help solve your financial woes.

Co-founder Alon Goren of Invested.in, a site helping fundraisers use social media to get the word out,offers a succinct list of five tips for the entrepreneur looking to harness the potential success demonstrated by crowdfunding.

1)      Choose the right project type– either a monetary goal, a good bet for non-profits, a fund drive end date or both

2)      Be realistic when choosing your rewards– draw people in with an incentive, such as a sample of the product, and make sure to include lots of options

3)      Tell a story– personalize your cause using compelling photos, video and links

4)      Pay attention– be sure to respond to questions on your site and interact with investors, potential or already on board

5)      Promote the project – this important step cannot be stressed enough: just because you’ve created a link where investors can give money doesn’t mean the money will just start rolling in on its own!

Done right, the advantages of raising capital through crowdfunding are numerous.

“It evokes the romanticism of the Internet,” Jesse Hirsh, a CBC technology columnist, said. “It's sort of the right ingredients that give people the optimism, the hope in a difficult economy that they might be able to bypass the bank, bypass the stock market and find people who support them on a much smaller social scale.”