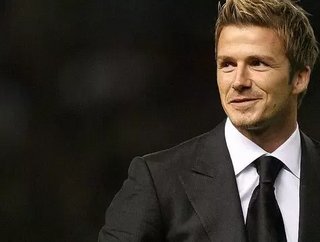 David Beckham hopes of launching a Major League Soccer (MLS) franchise have taken a giant stride forward after Miami officials approved the sale of land on which the proposed stadium will be built.

Miami-Dade County commissioners voted by 9-4 to approve the transfer of a three-acre piece of land in Miami's Overtown district worth $9 million to Beckham's consortium.

Beckham's group – known as Miami Beckham United – has previously bought six acres of land next to the site for $19 million, with a view to launching the new team by 2021.

“We look forward to working with the Miami community to bring our vision for the neighborhood to life,” said Beckham’s group in a statement.

It said that the decision represented a “major milestone” towards forming its MLS franchise.

“Our loyal fans in Miami and around the world have been waiting for this moment for years, and we're thrilled that we're getting closer to our kick-off,” the group added.

A 25,000 seater stadium has been proposed for the site, which will host MLS football in Miami for the first time since 2001, when Miami Fusion were dissolved following four years of poor ticket sales and lacklustre revenues.

Beckham’s group has pledged that no public money will be used to construct the stadium, with costs to be covered by private investors.

“We are not here to take money from the county or the city, we will pay for this project ourselves, privately, we will pay property taxes and we will be good neighbors,” Miami Beckham United official, Tim Leiweke, said.

As well as Leiweke, Beckham’s consortium is made up of his business partner Simon Fuller, Miami-based Bolivian businessman Marcelo Claure, and CEO of Eldridge Industries and Los Angeles Dodgers owner Todd Boehly.