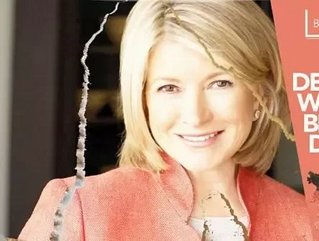 Click here to read this story in the November issue of Business Review USA!

What do Tiger Woods, Martha Stewart and Tony Hayward all have in common?  Each of their brands were marred by brand disasters – missteps that mushroomed intoreputational nightmares. One handled the crisis well; the others paid a steep price for doing things wrong.

Living through a crisis isn’t the easiest or optimal way to build your brand. So think first about how to avoid them. My golden rule is: First, do no harm to your reputation. Second, understand (and plan) how to react should a crisis occur. Whether a self-inflicted wound or an unexpected storm, be ready to react... effectively.

The three brand disasters depicted below were all extremely high profile.  As you’ll see in these stories, most people don’t intend to get tangled up, but they sometimes do, at which point it’s all about what happens next.

Brand Disaster #1: Arrogance is the biggest brand-killer of all.

One day, when they write the case studies, authors won’t be able to ignore the classic “secondary crisis” brought on by BP’s incredibly inept handling of the Gulf spill. CEO Tony Hayward was a walking disaster, predicting early on that the environmental impact was likely to be “very, very modest.” Later he quipped that he would “like (my) life back.” Then he took off to go yacht-racing with his son while Gulf Coast fishermen were left wondering whether they’d ever be able to support their families again. As millions of gallons of oil tarred miles of beaches, it grew difficult to view Hayward as anything but detached, clueless, out of touch and unrepentant about the incident.

People are willing to forgive almost anything except arrogance. That’s what made Tony Hayward’s demise inevitable. His behavior cast a long shadow over BP. The millions the company spent on advertising to shore up its image was a total waste. Commercials depicting BP’s commitment were dismissed out of hand. No amount of money can spin a positive story when arrogance is center stage.

Brand Disaster #2: Take your lumps and move on.

Martha Stewart is perhaps the most prominent businesswoman of our time. When she was indicted for lying to investigators about a stock sale, she was a successful magazine publisher, best-selling author, and daytime television personality. Her empire encompassed thousands of products, sold through partnerships with companies including Sears and Macy’s.

In 2004, when she walked into a West Virginia federal prison camp to serve her sentence, there was rampant speculation about the future of her company. Upon her release in 2005, she hit the talk-show circuit. She shared good-humored stories of prison and championed the rights of other inmates. She urged sentencing guideline reforms for non-violent, first-time offenders. She thanked fans for their support on her website.

Martha Steward Living Omnimedia (MSLO) returned to profitability the year after Stewart’s release. She expanded her offerings at K-Mart and announced new multi-year agreements with new partners.  Her interior paint line became available at Sears.  She published more books, and became a contributor on the Today Show on NBC. Her talk show was nominated for six Daytime Emmy Awards.

How did Martha Stewart manage to stem the loss and perhaps become more admired?  She faced the music, did her time, and moved on. The public admired her for it.

Brand Disaster #3: Tell the truth.  It will come out anyway.

From the moment he crashed his Cadillac Escalade at Thanksgiving, Tiger Woods couldn’t get it right. As tawdry details about multiple affairs came to light, he was silent, then he lied, and then, no one believed him. When he finally confessed, his apology didn’t ring true. And then, the women started coming out of the woodwork with their stories of extra-marital affairs. His golden reputation went into a freefall.

Sponsors pulled TV commercials and print ads.  Woods was the most powerful endorser on the planet, but the story was so big, and so out of sync with the carefully constructed, disciplined, family-man reputation he had built, that Woods’ image finally fell apart like a house of cards.

Moral of the story? Tell the truth… no matter how hard!

As a brand champion, the CEO is in a unique position. You can enhance respect for the institution, or you can damage it. You can bring greater credibility to the brand, or you can hurt it. So be sure that wherever you are, you are doing a values check. There is nothing more fundamental to your success than your good reputation.

Suzanne Bates is author of the new book “Discover Your CEO Brand:  Secrets to Embracing and Maximizing Your Unique Brand as a Leader,” just out from McGraw-Hill. Founding CEO of Bates Communications, a firm that transforms leaders into powerful communicators who get results, Suzanne is also author of www.thepowerspeakerblog.com and two other books from McGraw-Hill: “Speak Like a CEO” and “Motivate Like a CEO.”  Visit Suzanne's website:www.bates-communications.com