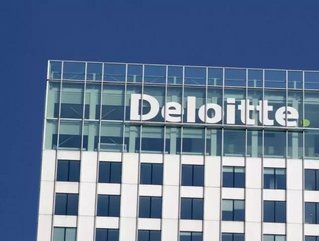 The Canadian division of leading global financial services consultancy Deloitte has announced that it has appointed Craig Alexander as its first ever Chief Economist.

Alexander has been appointed to provide Deloitte with better regional macroeconomic foresight, helping to develop research on economic trends that will impact both businesses and the Canadian economy as a whole at a time where the pace of technological change continues to accelerate.

“Craig is a highly sought after thought leader on issues affecting the future prosperity of Canada,” said Frank Vettese, Managing Partner and CEO of Deloitte Canada. “And we think it's a big deal that he's chosen Deloitte to further his contributions to the country.”

Previous to his new role, Alexander worked as the Chief Economist for Toronto Dominion Bank during his 13 years at the firm, whilst currently he stands as the Senior Vice President and Chief Economist of The Conference Board of Canada.

Further, Alexander has also held a number of roles at C D Howe Institute, CIBC World Markets, Statistics Canada and RBC Capital Markets in the past.

He joins Deloitte Canada in mid-July.