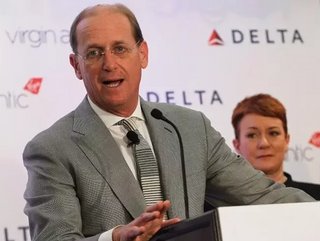 Traveling across the pond just got a whole lot easier. Air travel mega players Delta Air Lines and Virgin Atlantic announced plans to partner today, forming “a strategic alliance that will create an expanded trans-Atlantic network and enhanced benefits for customers traveling between the United States, Canada and Mexico and the United Kingdom,” a released statement on Delta’s web site said.

The move comes in response to the burgeoning and lucrative travel market established between London and New York. British Airways has already forged a similar partnership with American Airlines.

“The announcement of our joint venture signals a new era of expansion,” said Sir Richard Branson on a recently posted YouTube video, “and is a really exciting opportunity to build a partnership between the two airlines.”

Nearly half of Virgin Atlantic will be purchased by Delta for a sum of $360 million, also buying three seats on the company’s board of directors. The Virgin Atlantic stake was previously owned by Singapore Airlines and was purchased for roughly $960 million in 2000.

Although the deal won’t result in any added flights, the airlines will be able to sell seats on each other’s flights, coordinate flight schedules and share costs and profits – all in all, making for a more enjoyable experience for their customers.

The operation is slated to be up and running by the end of 2013.