Department of Defense to Use RIM BlackBerry 7 Smartphones 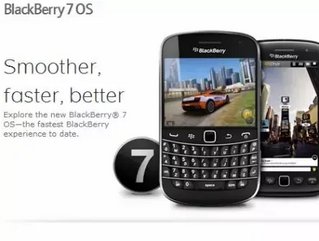 Things are continuing to look up for Research In Motion this week as the U.S. Department of Defense (DoD) announced the approval of six BlackBerry 7 smartphones for DISA's Unified Communications Approved Product List (UCAPL).

RIM’s devices have been a standard for the army and defense department personnel and rigorous testing is applied to the devices before being approved and added to the DISA UCAPL list. The DoD’s stamp of approval means that the company’s latest smartphone has maximum security and functionality features. This is a major boon for RIM, which has lost customers due to a perceived lack of innovation as compared to Apple and Android.

The approval allows all DoD customers to use the following BlackBerry 7 smartphones on DoD networks:

However, the RIM products used by the DoD have been modified through new applications and capabilities designed by the U.S. Army. Wouldn’t it be nice to have the ability to design a smartphone specifically for your needs? There’d be some souped up smartphones wandering around the office!

Research in Motion: Will it Survive 2012?

“These new BlackBerry 7 smartphones will now enable Army users, and all DoD users, to experience an even greater level of performance on new smartphones that include features such as voice activated universal search, Near Field Communications, Augmented Reality, and Social Feeds 2.0 just to name a few,” said Scott Totzke, SVP, BlackBerry Security Group at RIM.

“RIM’s unwavering focus on security and RIM's achievement of key security certifications…continue to be very important to many of our DoD and enterprise customers, but leveraging the full power of BlackBerry smartphones is also important as it helps them realize the full potential of their investment in the BlackBerry platform.”