Despite Toronto losing Amazon headquarter bid, the city is confident about being a business hub 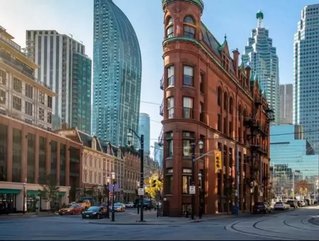 Amazon has announced that it’s second corporate headquarters will be divided between New York City and Arlington, Virginia.

Toronto and its surrounding municipalities had entered a joint bid to host the headquarters, and were shortlisted to become the winning location.

Despite the news, the Mayors of Toronto and the Regional Chair revealed their confidence regarding the city as a technology hub.

“Global businesses don’t see municipal boundaries; instead they look to assets across an entire region to support their activities,” remarked Toronto’s Mayors and Regional Chair said in a statement, according to Canadian Business.

“Including the Toronto Region in the HQ2 competition shows that when we work together, we are of a scale that rivals the most competitive cities in North America.”

“The HQ2 process was challenging and unique,” noted Toronto Global, the organization behind the bid.

“It offered us an opportunity to come together to highlight the region’s advantages … we are an engine of top notch talent and commercial competitiveness.”

“Our city is booming and this process has allowed us to tell that success story,” commented John Tory, the re-elected Mayor of Toronto.

“There is no other place in North America which can boast all in one location the same talent, the same quality of life, the same vibrancy and economic strength.”