Did Canadian Teen Try to Commit Act of Terror and Join ISIS? 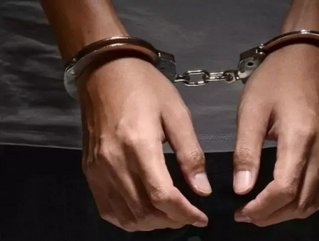 Just last week, a male teenager, 17, in the Edmonton area was arrested and now faces two potential charges: attempting to leave Canada to commit an act of terror and trying to leave the country in order to join terrorist group, ISIS.

Because this male teenager is under the age of 18, his name has not been and cannot be released to the public. However, the teen has appeared before a justice of the peace and was denied bail; he will again return to court on the 9th of April.

Originally arrested in Beaumont, the teenager was caught by the RCMP’s integrated national security enforcement team. Allegedly, the male was trying to leave Canada in order to fight with ISIS—the Islamic State of Iraq and Syria. Of course, this organization is known for their acts of cruelty; they currently control a large portion of territory in Syria and northern Iraq.

Specifically, the suspect is believed to have been trying to leave Canada in order to commit “murder in circumstances that constitute terrorist activity.”

Not the First Recruit

The recent case of this teenage boy attempting to join ISIS is not the first time a Canadian has been in the news for wanting to join the terrorist group. Just last summer, a woman made her way to Syria for such motives. Believed to be delivered under a disguise of an online class study, the woman was able to learn how to get to the City of Raqqa in Syria.

RECENT TOPIC: Get Your Knife and Fork—4 of the Best Restaurants in Canada

The Canadian Security Intelligence Service has since stated that “terrorism, including radicalization of Canadians and terrorists travel remain the most prominent threat to Canadian interests and our national security.”