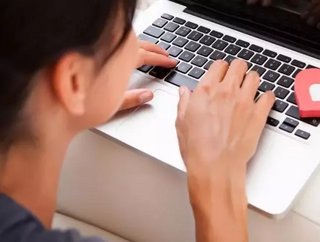 According to our sister site Business Review Canada, Markus Frind originally started Plentyoffish.com in his Vancouver apartment. Six years later, Frind still hadn’t hired any other employees or raised any sort of venture capital. And while that may be unheard of, specifically for startup companies, what happened next is quite impressive and inspiring.

Plentyoffish.com went on to become the largest dating site in the entire world. And though Frind hails from and remains in Canada, his path to success can possibly assist business leaders everywhere—no matter where the company is located.

In May 2009, Frind’s site was getting more than 2.2 billion page views a month, as well as generating millions of dollars in revenues. “Somehow I still managed to create the largest dating site in the world without a single employee and travel the world,” he wrote on his blog.

Just last week, Frind,37, proved that he is one of Canada’s most successful entrepreneurs—he sold his online dating site for  USD 575 million. Though rival dating site Match Group has purchased the company, Frind plans to stay with the business until next year.

What’s the man’s reason for selling? The birth of his daughter.

“Having a 10-month old daughter, you start measuring time in different increments. Every day you see something’s different [with my daughter]—whereas before you measured the company in milestones in terms of the revenue or user growth or some kind of company target.”

RELATED TOPIC: 3 reasons why CEOs need to be on LinkedIn

So, how has Frind managed to do it? For starters, he “bootstrapped” his company. He never once took an investment from venture financiers, even though he had several opportunities. Therefore, he doesn’t have to share proceeds with outsiders.

And while this approach may not be an option for everyone, it’s definitely a business method that all entrepreneurs should consider—in all countries.

Frind, who has a diploma in computer systems from the B.C. Institute of Technology, started his business with a rudimentary website—that’s step one. He had no advertising budget, no business plan and really no experience.

However, because his site was free and provided people with what they were looking for, it almost instantly became successful. And that seems to be the secret to success—in any industry—give the people what they want.

“If no one’s successful on your site, no one is going to use it,” Frind once said.

Of course, along the way, Frind had to teach himself about marketing, business development and product. But he did all of this and he never gave up. Perseverance could be argued as being step two.

Equally important, Frind constantly tweaked the site algorithm, monitored traffic, analyzed how many people visited the site, what they did on the site and if they bothered to come back to it.

It would seem that hard work, dedication, drive and having a focus on data and predictive analytics can really pay off—it did for Frind, anyway.

Of course, these are just a few ways in which Frind found success with his website. Different techniques will work for different CEOs and different companies. Have you found a special method that has helped your business become profitable? Let us know!