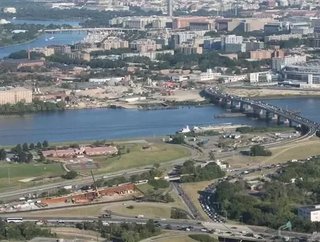 The District Department of Transportation (DDOT) has selected CH2M as their program management consultant for the next five years of the trailblazing Anacostia Waterfront Initiative (AWI). CH2M has partnered with DDOT on the AWI Program since 2006, integrating multiple transportation, land use and land development initiatives and bolstering neighbourhood liveability in the nation's capital.

"Led by the District of Columbia government and embraced by 19 regional and federal agencies, the AWI is transforming the shores of the Anacostia River into a world-class waterfront," said Kathleen Linehan, CH2M's District of Columbia Account Manager. "Reconnecting communities to the river and to each other, DDOT's visionary transport infrastructure program is providing multimodal, quality of life improvements for walkers, cyclists, transit riders and drivers."

Serving as Program Manager since 2010, CH2M's seamless management of a robust transport project portfolio— including the replacement of the Frederick Douglass Memorial Bridge, Barney Circle and Southeast Boulevard, Pennsylvania/Potomac Avenue Circle, the I-295 Malcolm X Interchange, as well as construction of 15 of 28 miles of Anacostia Riverwalk Trail and streetscape improvements on Martin Luther King Boulevard— earned the team the follow-on contract.

CH2M will work alongside DDOT to implement a series of new and continuing projects under the 5-year program management/general engineering consultant contract:

Ranked as the No. 2 Program Management firm by Engineering News-Record, CH2M's industry-leading practices will assist DDOT in achieving Anacostia Waterfront Initiative program goals – fostering a vibrant mix of natural and neighbourhood assets along a cleaner Anacostia River; preserving natural resources for the benefit and enjoyment of residents and visitors; identifying opportunities to increase access to the river; pioneering innovative green practices in new development; and transforming the shores of the Anacostia River into a world-class waterfront.