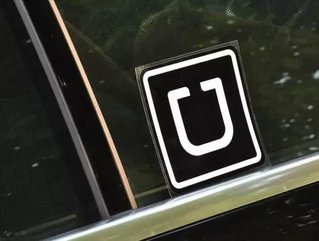 Ride-hailing company Uber has given up its Chinese business and merged with its competitor, Didi Chuxing, in a $35 billion deal. This has led to an investigation by Chinese regulators regarding antitrust matters.

John Colley, a Professor of Practice at Warwick Business School and an expert on mega mergers, offered the following comment regarding the deal:

“Uber's $35 billion merger with Didi Chuxing is under threat from the Chinese Commerce Ministry, which has announced it is to investigate the deal under antitrust powers.

“This is bad news for Travis Kalanick's Uber which had managed to negotiate a face-saving exit from China. Uber's enormous and continuing losses in China are estimated at $2 billion, but conceivably could be far more. Uber had received 20 percent of the merged Didi Chuxing business, which could be viewed as a payment to stop the price war.

“Didi Chuxing was also believed to be suffering significant losses too. Other than continue the destructive price war the next best option was probably to close Uber in China. There would be little appetite for anyone else to buy the loss-making operation. That would involve losing face, closure costs, and no further participation in a potentially valuable ride-hailing market with a dominant player.

“Uber's business model is based on network effects which is the real problem here. Customers want a cheap, highly responsive taxi service. Drivers want plenty of work and reasonable rates of pay.

“Responsiveness is so critical that both Uber and Didi Chuxing incentivised attracting drivers with major bonuses. They also offered subsidised fares in a price war. This model usually leads to 'winner take all' for the business who can offer the best service and lowest fares. Unfortunately the loser in such markets 'loses all'. In this case a potential fate awaiting Uber in China if the deal is rejected.

“Uber will be particularly concerned as its next biggest market after the US and China is India: a market in which it arrived late, made mistakes, and is trailing Bhavish Aggarwal's Ola in another bloody war of driver incentives and subsidised fares. Ola and the Indian antitrust authorities will be watching carefully for what happens in China."