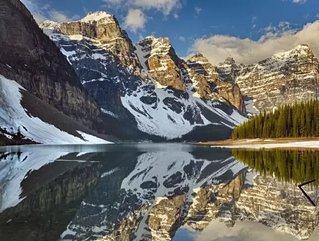 Details were released today of the government’s plans to invest $1.5bn in Canada’s oceans.

It is hoped this will not only guard against oil spills and protect wildlife, but also help to enable trade.

The Oceans Protection Plan is described as “the largest ever investment made to protect Canada’s coasts and waterways”, according to Transport Canada.

Federal government to invest p to $1bn in cybersecurity

This was first announced in November following a diesel spill off the coast of British Columbia.

Transport Minister Marc Garneau, according to CBC, said the plan will focus on improving trade routes by making access to shipping docks more efficient. The plan will also document risks to wildlife such as endangered orca and beluga whales.

Of the $1.5bn plan, over $167mn will go into developing regulations with the input of coastal communities and scientists.

The funding will be used over the course of five years and will hopefully lead to trade carrying on uninterrupted by issues like oil spills.

It will involve increased coastguard capacity and new resource stations.