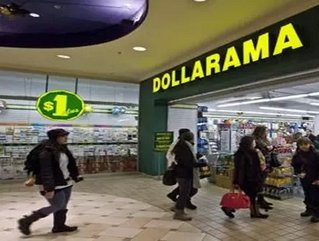 Everyone loves a good bargain, or so it seems. Dollarama, Canada’s largest operator of dollar stores has announced that it plans to open 50 new stores within the next year. Dollarama, which was founded in 1992, currently has 652 outlets throughout the nation, but by the end of the 2012 fiscal year it plans to have 700 outlets.

Dollarama, which went public in 2009, has experienced ground-breaking growth, with its shares up one percent and its revenue up 12 percent. This company grew quickly during the economic downturn when bargain-hungry Canadians flocked to its stores. But Dollarama was not just a passing fad, the economy has recovered and Dollarama is still as popular as ever.

But competition or not, there is no doubt that Dollarama has proved to be wildly successful throughout Canada. With its rapid growth and increased revenue, Dollarama is here to stay as a dominant player in the dollar-store industry.