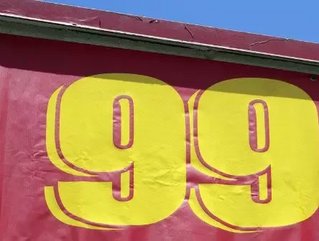 One of Dollarama’s top executives is setting sail for sunny California to become President and CEO of the 99-Cent Only Stores, a similar discount retailer.

COO Stephane Gonthier is said to remain in Montreal for a bit to ensure a smooth transition.

"During his six-year tenure, Stephane has been an important member of the team that has led the growth and success of Dollarama," stated Dollarama founder Larry Rossy, who will assume Gonthier's duties on an interim basis.

Gonthier has been credited to developing a strong and talented management team that will continue to build upon its successful growth strategy.

Leaving Dollarama was a difficult decision according to Gonthier. In a news release he says

"But I am confident that Dollarama is well positioned for the future, with the right people and resources in place to continue to deliver on its strategic plan."

Gonthier, a trained lawyer will take the helm of the 99-Cent Only Stores, which did $1.5 billion (US) in sales in 2012. The 327 stores did more than half its sales in food and beverages, including produce, dairy, deli and frozen foods.

Affiliates of Ares Management, the Canadian Pension Plan Investment Board and the founding Gold/Schiffer family, acquired the budget brand in 2013.

Irene Nattel of RBC Capital Markets said Gonthier was a significant part of Dollarama's team and the face of the company for investors and analysts.

"Much of the heavy lifting from an operations perspective has been completed, but Dollarama's board will undoubtedly be looking for another strong operations executive as replacement for Mr. Gonthier," she wrote in a report.

"We remain confident that Dollarama can continue to deliver 15 to 20 per cent organic EPS growth over our forecast horizon," Nattel wrote, projectingsame-store sales growth of four to five per cent while restating her price target of $81.

"In our view, no other Canadian retailer offers similar consistent growth and visibility in the current challenging retail environment."