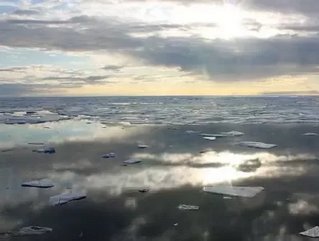 Shell announced today a pause in its exploratory drilling activity in Alaska’s Beaufort and Chukchi Seas, citing the need to prepare equipment and finalize plans for the most efficient way to move forward. Activities will be resumed “at a later stage.”

“We’ve made progress in Alaska, but this is a long-term programme that we are pursuing in a safe and measured way,” said Marvin Odum, Director of Upstream Americas in a released statement.  “Our decision to pause in 2013 will give us time to ensure the readiness of all our equipment and people following the drilling season in 2012.”

After a decade-long break from offshore drilling in the Alaskan Arctic, the leading oil and gas company completed top-hole drilling at the Beaufort and Chukchi Seas sites last year.

Though the drilling season was successful, the Kulluk, one of Shell’s drilling rigs, was damaged in rough seas during a storm. The Kulluk and a second rig will undergo maintenance and repairs after being towed to locations in Asia.

Overflight of Kulluck Under Tow

In the statement, Shell admits “securing access to [our energy] resources requires special expertise, technology and an in depth understanding of the environmental and societal sensitivities unique to the region.”

“Shell remains committed to building an Arctic exploration program that provides confidence to stakeholders and regulators, and meets the high standards the company applies to its operations around the world,” said Odum. “We continue to believe that a measured and responsible pace, especially in the exploration phase, fits best in this remote area.”