E3 Metals: finding a new source for the future of energy 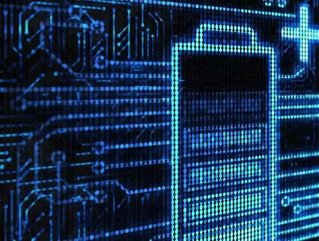 The Alberta Lithium Project explores the use of an extraction process that takes oilfield brine from the province and purifies it into lithium concentrate. This product can then go on to be used in the manufacture of lithium-ion batteries, which are currently used in EVs, solar panels, smartphones, and more.

The lithium enriched brine that is abundant in the Leduc Formation - a major source of oil and natural gas in Alberta - is a large part of the project’s exciting potential, as is the “industry friendly” jurisdiction of the province. E3 will be able to repurpose important logistic routes in its permitted area for producing and processing lithium brine. High temperature and flowrates also mean that geothermal power/heat recovery should be possible, further adding to the project’s ‘green’ credentials.

E3 Metals believes that lithium is the “future in energy”. With 2.87 billion smartphone users worldwide and the viability of EVs increasing yearly, lithium certainly has an important part to play in any discussion on energy.

Goodenough, Whittingham, and Yoshino: Joint receivers of the 2019 Nobel Prize in Chemistry, these researchers developed the lithium-ion battery that is now omnipresent across the electronics sector. Their impressive work has arguably enabled the smartphone to proliferate and allowed EV manufacturers, such as Tesla, to make quantum leaps in development. Paul Coxon, materials scene and metallurgy professor at the University of Cambridge, said “[Lithium-ion batteries] are the hidden workhorses of the mobile era, which came about thanks to fundamental research that began over 40 years ago.”

IBM: In a December 2019 press release, IBM announced that researchers in its ‘Battery Lab’ were working on a battery that uses neither cobalt or nickel in its cathode material. This development combats the use of heavy metals (such as the aforementioned) in industry, owing to what IBM calls “tremendous environmental and humanitarian risks”. IBM claims that the unique components can be extracted from ordinary sea water, although the company has not yet announced what these are. Tests conducted so far indicate to IBM that its new battery “could outperform lithium-ion across several sustainable technologies”, with lower costs, faster charging, higher power/energy density, excellent energy efficiency, and low flammability.

MIT: An impressive and intriguing innovation from researchers at MIT resulted in a battery that is proven to absorb carbon dioxide from the air and use it to recharge. Made from lithium, carbon, and a bespoke electrolyte, the project’s carbon capturing capabilities have the potential to significantly assist the global shift to sustainable energy. “Lithium-carbon dioxide batteries are years away,” said Betar Gallant, professor of mechanical engineering, but this breakthrough could represent something very exciting for the energy sector as it is subsequently refined.