eBay Canada Uncovers Sexiest, Soon to be Engaged and Most Generous Canadians for Valentines Day 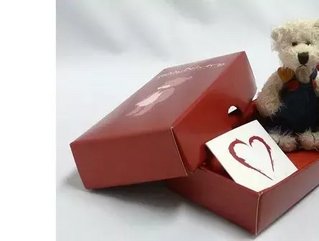 Forget the flowers, bring on the bling!  eBay Canada, the country’s leader in ecommerce, analyzed thousands of Canadians’ pre-Valentine’s Day purchases to reveal the strongest gifting trends for the romance-filled holiday. [1]  While Canadians may be experiencing a cold front in the bedroom with lingerie purchases down (59 per cent) compared tolast year, their love affair with diamonds remains intense with a year-over-year increase (21 per cent) in engagement rings and loose diamonds[2].  In fact, an engagement ring or loose diamond was bought every 2.3 minutes on eBay in Canada in the lead up to Valentine’s Day.

“Canadians continue to turn to eBay – whether online or via their mobile devices – for all of their gifting needs, even the most special ones,” said Andrea Stairs, country manager of eBay Canada. “Whether you’re spicing up your love life, getting ready to propose to that special someone or finding a thoughtful gift, eBay’s worldwide marketplace has something for everyone.”

French is the language of lust this Valentine’s Day

Canadians may be finding the temperature a bit chilly in the bedroom this year compared to last, with a decline in lingerie purchased from coast to coast. However, Quebecers know how to keep the heat purchasing more than twice the amount of panties than any other province in Canada, while Ontarians are supporting bra sellers everywhere, topping the list with the most bought compared to any other province (36 per cent more).[3]  As one of the country’s smallest provinces, Newfoundland may not buy the most but they certainly splurge on their sexy underthings, spending 19 per cent more per item compared to the national average.[4]

Caterers, florists and wedding planners in Saskatchewan had better brace themselves, as consumers in this province had the largest increase in the number of engagement rings and loose diamonds purchased this Valentine’s Day season, buying 55 per cent more than in the prior year. And, not only did prospective proposers buy more “engagement bling” in Saskatchewan, they also spent more: 66% more per item than the national average. But when it comes to Newfoundlanders, it looks like they’ve got cold feet with a 40 per cent year-over-year decline in their engagement ring and loose diamond spend.

It’s not just a fling – Canadians love their jewels!

Looks like Canadians everywhere are surprising their loved ones with gifts of jewellery and watches this Valentine’s Day as every single province bought more items from this category compared to last year.  In fact, in the lead up to Valentine’s Day, Canadians bought a piece of jewellery or a watch bought every 6.2 seconds on eBay.  Spending increased the most in the Maritime Provinces of Nova Scotia and New Brunswick with a yearly increase of 46 per cent and 31 per cent, respectively. Fellow east coast neighbours, Newfoundland, are keeping their wallets tight and their cash close however, as their spending increased by only four per cent.

Romance by the region

Founded in 1995 in San Jose, Calif., eBay Inc. connects millions of buyers and sellersglobally on a daily basis through eBay, the world's largest online marketplace, and PayPal, which enables individuals and businesses to securely, easily, and quickly send and receive online payments. We also reach millions through specialized marketplaces such as StubHub, the world's largest ticket marketplace, and eBay Classifieds sites, which together have a presence in more than 1,000 cities around the world. In Canada, eBay was visited by more than 8.2 million Canadians in December 2012 (comScore Media Metrix).


[1]Statistics based on purchases made on eBay by Canadians in relevant categories between October 15th, 2012 and January 15th, 2013 and comparisons made against the same timeframe in the prior years. Provincial comparisons exclude territories.

[2] All diamond-related data based on Canadian purchases in the Engagement & Wedding Jewellery, and Loose Diamonds & Gemstones subcategories betweenOctober 15, 2012 and January 15, 2013

[3] Based on types of lingerie as identified by sellers; excludes ‘other’