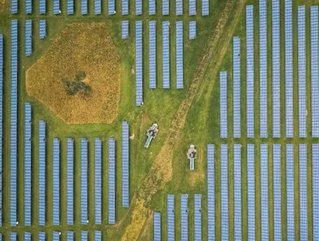 EDF Renewables North America has announced it has been awarded a 212MW long-term solar power contract by the New York State Energy Research and Development Authority (NYSERDA). The project, which is part of the NYSERDA’s Renewable Energy Standard Solicitation 2018 will occupy approximately 1,000 acres in the town of Mount Morris, to the east of Buffalo. The project is expected to begin generating clean electricity in 2022 and help the state reach its 2030 clean energy goals.

Stephane Desdunes, Director of Development, Northeast Region for EDF Renewables North America said, “Our team is thrilled to be awarded the 170 MWac Morris Ridge Solar Project to help fulfill New York State’s goal to achieve 70% of the state’s electricity from renewable energy by 2030. The region, including the Town of Mount Morris and Livingston County, will benefit from procurement and employment opportunities throughout the development, construction and operational phases. Morris Ridge will bring more than 200 jobs during peak construction and contribute millions of dollars to the County, Town and School District during the operational life of the project.”

Once operational, the electricity generated by the Mount Morris site is expected to be enough to power 39,000 homes. This is equivalent to avoiding nearly 140,000 metric tons of carbon (CO₂) emissions annually which represents the greenhouse gas emissions from nearly 30,000 passenger vehicles driven over the course of one year.

“Congratulations to EDF Renewables for its successful participation in this solicitation, which is a concrete step towards meeting New York’s nation-leading clean energy goals under Governor Cuomo’s Green New Deal,” said Doreen Harris, Director of Large-Scale Renewables, NYSERDA. “NYSERDA worked closely with EDF Renewables and the Town of Mount Morris to make community engagement and responsible siting a priority, ensuring the project will not only help steward our precious natural resources, but benefit the state and local economy, and its workers.”

EDF Renewables currently has over 15 GW of solar, wind and storage projects throughout the North American region.