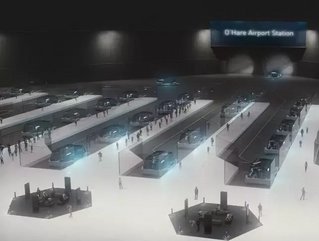 The company, which recently made headlines with its $600 flamethrower, was selected by the Chicago Infrastructure Trust (CIT), on behalf of the City of Chicago, to design, build, finance, operate and maintain an O’Hare Express service.

The system would see two lines from Chicago’s central Loop to the busy airport will use autonomous pod-like cars ‘skates’, that would depart as frequently as every 30 seconds.

In comments carried by Crane’s Chicago’s Mayor Rahm Emanuel, said: “Dallas and Atlanta and New York will look at this and be sorry they didn't have it. It's going to give the city a huge competitive leg up.”

The 12-minute service is expected to open in 2022 and will be known as the Chicago Express Loop, according to Boring Co.

In a Twitter posting, the company said: “We’re really excited to work with the Mayor and the City to bring this new high-speed public transportation system to Chicago!”

On its website is added that it “aims to alleviate soul-destroying traffic by constructing safe, affordable, and environmentally-friendly public transportation systems”.

The futuristic loop system promises to shuttle passengers at speeds of more than 100mph, dramatically cutting the existing time between O’Hare Airport and downtown Chicago.

The Boring Co beat out competition a consortium including Mott McDonald, and JLC Infrastructure to win the project, although the condition that it be self-funded is thought top have put off other interested parties.