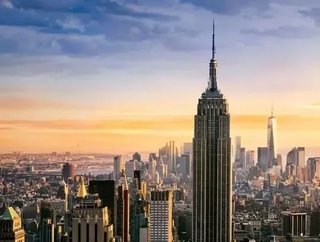 The Empire State Realty Trust has announced that it will be adding yet another innovation to the Empire State Building, in the form of an auxiliary Master FM Radio antenna atop the tower.

The construction of the antenna, currently encased within a protective construction cocoon, has not impact daily operations of the building. The presence of the cocoon allows work to be done to the antenna 24 hours a day, rather than a restrictive five, even in bad weather.

Work on the tower previously meant shutting down several broadcast operations, but the project will but an end to that. The new antenna includes a radio-frequency-shielded climbing aperture allowing TV antenna work on the Empire State’s tower to be performed without impacting existing signals.

The cocoon is the largest known construction enclose ever assembled on an occupied skyscraper, and has the potential to change the construction industry. The restoration project is being undertaken by JLL and Skanska, and should be completed next year.

As well as being the world’s most famous building, the Empire State was the tallest skyscraper in the world for 42 years, preceded by the Chrysler Tower and surpassed by the North Tower of the World Trade Center in 1972. It was also the tallest free-standing structure in the world for 36 years before the Ostankino Tower overtook it at 1967.

The tower was designed by William F. Lamb from Shreve, Lamb and Harmon, and the building drawings were put together in only two weeks, with the tower designed from the top down. Excavation began in January 1930, and construction began in March, with 3,400 workers working on the project. The ribbon was cut on the completed tower in May 1931. It took only 410 days. The opening unfortunately coincided with the Great Depression, meaning that much of it remained unrented for a long time, earning it the title of ‘Empty State Building’. It did not become profitable until 1950.