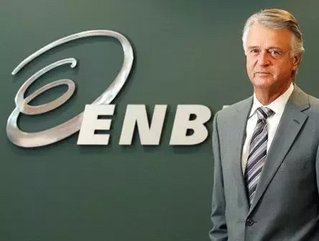 Enbridge Inc announced today President and CEO Patrick D. Daniel’s retirement plans for 2012. Daniel plans to take a step down on or before the end of 2012, therefore,  Enbridge revealed succession plans of appointing, effective immediately, Al Monaco as President who is currently President of Gas Pipelines, Green Energy and International.

Daniel joined Enbridge in 1982. With the company over the past eleven years, Daniel became Vice President of Enbridge in 1988 and was appointed CEO in 2001. Daniel is leaving a legacy as he was named Canada’s Outstanding CEO of the Year in 2011.

"It has been a privilege to have led Enbridge over the past 11 years, guided by the wisdom and perspective of the members of our Board, complemented by an incredibly capable management team and supported by employees who truly are the best in the business," said Mr. Daniel. "I am tremendously proud of this Company and what we have achieved. With the strongest ever long range plan and future growth opportunities at Enbridge, this is an appropriate time to transition the role of CEO and the right time for me personally to seek new roles in retirement."

Enbridge recognises the important role Daniel played within the company, noting that under his leadership the enterprise has reached new heights of success leaving an enterprise that is thriving.

“Pat will leave Enbridge with the strongest five-year plan and forward outlook that we have ever had. His commitment to ensuring Enbridge's long-term success can be seen in the more than $13 billion of secured growth projects to come in service between 2011 and 2015 and another $35 billion of new opportunities over the 2011 to 2020 timeframe. He has established positive relationships with Enbridge's customers, notably, the mutually beneficial 10-year Competitive Toll Settlement (CTS) signed with liquids shippers in 2011," said David Arledge, Chair of the Board of Directors, Enbridge.

Monaco joined Enbridge in 1995 and has had an upward trajectory within the company through senior management roles and leadership of gas transportation, gas distribution and green energy business. Enbridge believes Monaco played a pivotal role in establishing the company’s Major Projects division “which has been responsible for designing and constructing all of the Company's major energy infrastructure projects.”

"As a Board, we place very high priority on succession planning and on developing people to ensure the Company's continuing success. Enbridge has an outstanding management team; choosing one individual to lead was not an easy decision. Over his 30 years of experience in the energy industry, Al Monaco has demonstrated exceptional leadership capabilities across the range of Enbridge's businesses. A results-driven leader, he has delivered many significant achievements for the Company, notably leading the execution of a multi-billion dollar slate of growth projects on time and on budget, implementing an incentive-based rate structure at Enbridge Gas Distribution, and spearheading the Company's entry to the Canadian midstream natural gas business. We look forward to Al joining the Board and to working with both Al and Pat over the next few months as they transition leadership responsibilities,” said Arledge.