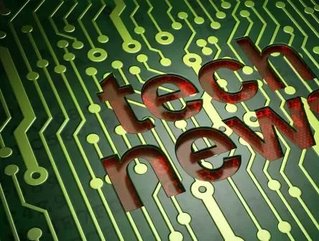 Tim Stevens is officially out. Praised by Fortune in 2012 as the ‘nicest guy in tech’, the journalist has been ousted by AOL, Engadget’s parent, and replaced by Marc Perton while a new editor-in-chief is found. It’s reported Perton will also be taking on the Executive Editor role permanently.

In response to his departure, AOL had this to say: “Tim’s leadership enabled Engadget to become the leading voice in the consumer electronics media. We are extremely grateful for Tim’s stewardship and wish him well. Marc Perton will become Executive Editor of Engadget and we will launch an immediate search for an editor-in-chief to ensure Engadget continues to deliver the high quality and respected content our fans expect.”

Marc Perton is no stranger to new job roles as he has worn many hats in his tech news career. He’s worked as Senior Editor at Engadget to Executive Editor for Consumer Reports, and then Director of Content for gdgt. Engadget will begin searching for a new EIC (to whom Perton will report) immediately.

Essentially overnight, AOL removed Stevens as EIC with reasons unclear as whether his removal was voluntary or forced. Tweets made on the morning of July 15th from Steven’s Twitter account suggest the move was forced.  The exit comes two months after AOL announced a big shakeup for its Patch local news unit, and five months after the company hired former Martha Stewart Living/Gilt Group chief Susan Lyne to head its online media brands.

Lately, AOL has had a hard time keeping its tech blog EICs at the top, with Stevens joining a long list of high-profile Editors. Not long ago Joshua Topolsky, then editor-in-chief of Engadget, left the Company with a slew of other senior editorial staff, leaving the keys to Tim Stevens.