Eric &quot;E-Panda&quot; Hernandez: The beat of a new drummer 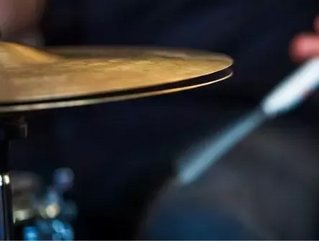 Under warm stage lights and in front of hundreds of the music industry elite at the 55th Annual Grammy Awards show with millions more tuning in on television, Eric “E-Panda” Hernandez took a moment to reflect on his path to success and notoriety.

Being an artist in a family of artists that includes his brother Bruno Mars has been both a blessing and a challenge. But Hernandez’s unrelenting drive to improve his craft has helped him to build his own following while creating a new kind of brand and success case in the music industry.

“I look forward every night, every day, even if it’s a small gig at a little pub with six people, I know I’m going to play the drums and I’m going to give the best performance I can,” Hernandez said. “Sitting in front of thousands of people like I do now, it’s amazing. It’s indescribable.”

A ROCKY PATH TO THE TOP

The bright lights and big stages are relatively new to Hernandez and the rest of the touring musicians backing Bruno Mars, who voguishly refer to themselves as “Hooligans.” It wasn’t always this good, Hernandez remembers. Before his shining moment at the Grammys there was a long stretch of dormancy in Hernandez’s music career.

Hernandez grew up in Hawaii and started playing at the impressionable age of four, gigging professionally at the age of 10. He moved to Los Angeles in 1995 to pursue his dream of music, but after a label deal ended, Hernandez found himself struggling to find work. To make ends meet, he took a security job at a local department store, a job he held for seven years.

“I gave up on music for a minute,” Hernandez said.

That minute turned out to be 17 years, as Hernandez joined the ranks of the Los Angeles Police Department for a decade. The desire to play professionally never left him, however, and when his soon-to-be-famous brother started playing in California, Hernandez jumped at the opportunity to join him onstage.

“Before this whole thing took off, we were playing the local nightclub circuit, with Bruno, in LA,” Hernandez said. “Sometimes we had five people in the audience, sometimes we had 15.”

Those small gigs very quickly grew, and it wasn’t long before Bruno became the star he was destined to become. His debut album, Doo-Wops & Hooligans, released in 2010, is certified double platinum by the Recording Industry Association of America.

“If I can do this the rest of my life with these guys, I’ll feel blessed,” Hernandez said.

But Hernandez knows that nothing is certain, and anything can change at a moment’s notice.

“I’m just a drummer,” he tells himself, noting that others before him have failed to become anything more than that. Hernandez thinks bigger, and that led him to find an improbable but ultimately indispensable supporter in Razer.

The global leader in its category, San Diego-based Razer makes its living by producing the world’s best gaming laptops, tablets, peripherals and software for arguably the most demanding audience: hardcore video gamers.

Hernandez saw an opportunity to produce his own pair of branded headphones with a company that stresses perfection that is demanded by their ardent users.

“I wasn’t going to put my name and reputation on the line for anything but the best,” Hernandez said. “Razer is the Holy Grail when it comes to what they do, so it was a natural fit. And for what I do, there isn’t a better set of cans out there.”

As it turns out, the feeling was mutual. Razer took its most popular line of headsets and produced the one-of-a-kind Razer Kraken E-Panda Hooligan headphones.

“Eric is a truly gifted artist, and it’s been an absolute pleasure working with him,” Min-Liang Tan, Razer co-founder, CEO and creative director, said. “The inspiration behind the E-Panda Hooligan headphones is the latest example of what can happen when people use our premium gaming gear in other walks of life.”

Spotted on social media with global icons Ellie Goulding and Bruno Mars, the Razer Kraken E-Panda Hooligan headphones have grown Eric Hernandez’s profile both inside and outside of the music industry, and have helped Hernandez build his own brand beyond sharing a stage with some of the most prominent musicians of the generation.

“Razer has helped take me to new heights,” Hernandez said.

Hernandez on the drums with Bruno Mars

Armed with an impressive résumé that includes work with Sting, Lenny Kravitz, Rihanna and others, Hernandez won’t need to return to playing small gigs anytime soon. With the help of companies like Razer, artists like E-Panda are able to be known as something more than just a member of a band.

Hernandez, the proud father of a three-year-old son, doesn’t have to look too far to find the motivation he needs to improve his craft, and ultimately, build his own brand.

“It’s easy to get comfortable in life, but you need to stay focused and do everything you can do to master your craft,” Hernandez said. “Deep down inside I know I have to hold strong for my family. To give my son the best education and a decent roof over his head, to give him all of the things I never had, this is the best way I know to do that.

“It’s a sacrifice, but it’s a worthwhile sacrifice.”