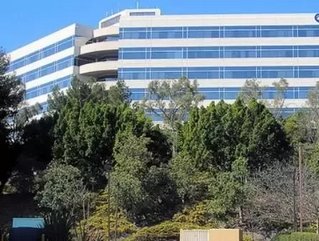 Living in San Diego, and Southern California in general, we’re pretty lucky to have so many Fortune 500 corporations and major enterprises right in our backyard that are changing the way the nation does business. From biopharmaceutical and medical campuses, to technology and entertainment businesses, sunny San Diego has a number of brands and executives residing in the area that have a global influence.

We got a chance to chat with Richard Berwick, Senior Director, Strategic Investments for Qualcomm about his background, work with Qualcomm, and what he likes to do in his spare time.

Berwick was born and raised in Marin County, California and has lived on both coasts before he took up a post in 1998 at mobile technology developer, Qualcomm. He studied at and graduated from Cal State Long Beach with an Engineering Degree. He later designed satellites and rocket engines in the LA area before dabbling into venture capital and investment banking. Today, he is responsible for investing in companies that are strategic to Qualcomm’s objective around the world.

BEING A PART OF THE BOARD

When he’s not at Qualcomm, Berwick is the Board Chairman for the Foundation for the Children of the Californias (FCC), an organization that has raised funds to meet the urgent need for pediatric care in the California/Mexico border region. The foundation’s Hospital Infantil is located in Baja California and offers pediatric surgeries and healthcare to families in need.

“The role of Chair at FCC is more cheerleader than anything else,” Berwick says. “With an all-volunteer board and everyone’s busy schedule, the Chair needs to keep people engaged and excited. The Chair must build relationships with our partners across the border beyond those of a board member, along with expanding the community in which FCC will raise funds.

The privately-funded hospital has seen more than 300,000 children since it was established. “The addition of three new surgical suites next year will allow us to better accommodate the schedules of our volunteer surgeons in order to serve more children for free,” he continues.

The FCC has begun to reach a much larger community with their concert events in recent years. FCC has been an incredibly successful small charity due to the energy of its founders.  “In order to support a larger patient population along the border and our new facility we need to engage with a much larger group of supporters. This means identifying groups with a strong affinity for children’s health and the border region across the Southern California basin,” he says.

Building a bridge between Southern California and northern Baja has always been on the front burner for the area. Tijuana is the busiest U.S. border crossing in the country and is among the busiest trade ports. Berwick believes that because the majority of families in the area extend to both sides of the border, the two areas cannot be divorced. “Providing first class children’s care at a facility in Tijuana affects the entire region,” he says.

FCC’s annual fundraising concert gala on behalf of the Hospital Infantil de Las Californias will be organized by co-chairs Steve Redfearn and Ashley Constans, President and Director of Operations of event production company, Redfearn & Associates. The duo are pulling double duty this year as event co-chairs and the resident production company, Redfearn & Associates.  Redfearn was pleased to be tapped to oversee all of the production details of this special event again, as they were responsible for last year's inaugural event production; they helped secure the Grammy award-winning musical entertainment, while also coordinating the live and silent auctions, lighting, sound, etc.

This year’s “Concert for the Children” benefit will be held at the Hyatt Aventine in La Jolla, California on October 7th and headlined by Grammy award-winning and legendary recording artist, Kenny Loggins. Proceeds from this special evening will go towards the support of the Hospital Infantil de las Californias, the only pediatric medical facility in northwest Mexico, offering over 35 pediatric surgical and medical services at affordable costs as well as financial assistance to families in need.

For over 17 years the Hospital Infantil de las Californias has carried out its simple mission: to improve the health of children in this region by delivering essential medical care. Guided by co-founders Dr.’s Elizabeth G. Jones and Gabriel Chong King, the clinic has evolved and today offers 35 medical specialties and services from over 200 highly qualified pediatric professionals, many who proudly and generously donate their services on a volunteer basis.

Proceeds from the event will ensure that the hospital can keep pediatric surgical and medical services at affordable costs as well as continue to offer financial assistance to families in need.  The hospital established the P.A.P.I. Program (Programa de Apoyo a Pacientes Indigentes) to assist with these medical expenses and ensure that any child, regardless of their ability to pay, will receive the surgeries and care they need.

Tickets can be purchased online at www.usfcc.org for $300 per person. Sponsorships begin at $3,000. For tickets or more information about the event and sponsorship opportunities, please call the Foundation for the Children of the Californias at 619.298.KIDS (5437).