EXECUTIVE PERSPECTIVE: Why Leaders Need to Embrace Failure As A Form Of Success

By Victoria Treyger
May 19, 2020
undefined mins 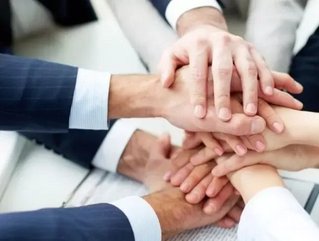 Every failure should be seen as its own form of success. Every mistake holds a lesson and failures are full of wrong turns. Being scared of failing is absolutely pointless because it is our failures that teach us the lessons we need to succeed. In this day and age failure is feared because it comes with a certain stigma, and no one wants to be categorized as useless. However businesses that are more accepting of mistakes tend to have higher success records in the long run. Success doesn’t come simply for most people, and those who have achieved the greatest successes have also been burdened with failures that could have wiped them out completely. Going through these failures, and working past them to reach success says a lot more about a persons work ethic than someone who has never had to deal with failure before. If you do happen to encounter a failure do not be ashamed, you should embrace it and use it to push yourself forward to your next idea. Here are a few ways to failure can help you flourish:

Your emotions and thoughts have massive amounts of control over your behavior. If you let your failures get to you and bring you down, your behavior will follow suit. Take every failure as a lesson, look back and dissect what you did wrong and figure out how to fix it. A failure can show you that you are moving in the wrong direction, and potentially lead you to your next success. If you failed at writing, maybe writing isn’t for you, but you could be an extremely successful editor. The world is full of possibilities and failures simply help you to see what avenues in life just are not for you. Failing can teach you so much, it can teach you humility, it can teach you how to function when you are down and out, and most of all it can teach you to never give up.

Take Responsibility For Your Actions

Failure can help you take responsibility for your actions and hold yourself accountable. When your business idea or plan fails, you have no one to blame except yourself, and as an aspiring business owner or entrepreneur that is a very important lesson to learn. If you do find success, it will be amongst many failures. In fact, most successful companies still fail; take Facebook’s failed attempt to create their own version of SnapChat for example. One of the most important things to keep in mind about your failures is that they belong solely to you. If you put the blame on someone else, you will not ever learn from your mistakes, which is the most valuable part of making a mistake.

Know When To Quit

Sometimes a failure can be a good thing because it can communicate to us that we have gone to far and it is time to let go and move on to something else. Not every idea is a winner and it is important to recognize that. MySpace once received a 580 million dollar investment in 2006 from News Corp. For years News Corp poured massive amounts of money into the company that eventually sold for 34 million dollars, making this a failed investment for News Corp. With the advent of Facebook in 2004, and its surge in popularity in late 2006, early 2007, News Corp. should have recognized its investment as a loss. Had they done so they could have saved themselves millions of dollars. Remember it is important to recognize when your time, energy and money are being wasted.

Capitalize On The Good

Although failures can be a huge hit to your ego, they can also help you to see the bright side of every situation. If you have a failed business venture, chances are you made some good decisions on the path, or networked with great investors or entrepreneurs. You can use all of the connections you made on your failed venture to help your next idea become a success. If you had investors, don’t be scared to go back to them with your new plan of attack, chances are if they believed in you once, they will believe in you again.

Failure has the distinct ability to make you analyze your actions and move forward. Use this to learn how to become a better manager or leader. As an aspiring business owner/entrepreneur your key job it to lead your team to success. One of the biggest parts of being a leader is delegation. Do not micromanage – that could be how you got yourself into this situation in the first place. Be prepared to lie out a plan of attack and give your team tasks to be completed.

Remember: Failure Is An Integral Part Of Innovation

Failure teaches you things you didn’t ever know before, so that you can come up with new ways to tackle the issue. Learning what you do not know, and knowing what you know can help you come up with new creative ideas. Each failure teaches a new lessons and new ways to handle every situation, which allows you to find your niche, and figure out what works best for you specifically.

Failure is all about the way you look at it. You could fail and think “well, that was that now I am done” or you could fall off that horse and get right back on.  No person has ever succeeded at every single thing they have tried; success is a product of lessons learned. As a business owner you must be resilient and flexible, you must take your mistakes in stride and better yourself because of them. Failure, when paired with the right attributes can motivate a person to work harder and better. So stop letting failure frighten you off.

Victoria Treyger has more than 15 years of experience in building brands and customer loyalty. She joined Kabbage because she loved its mission to understand customers better and provide them with cash when they need it.  Kabbage has provided $150 million+ in funding to small businesses since 2008.