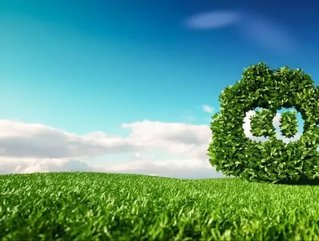 Back in 2015, signatories of the Paris Climate Agreement pledged to collectively follow a familiar goal — to hold the increase in the global average temperature to well below two degrees Celsius and pursue efforts to limit the increase to 1.5 degrees. Nearly four years after 196 countries signed on the dotted line, most countries are still way off course.

The world is nearly one degree warmer than it was before widespread industrialisation, according to the World Meteorological Organisation (WMO), with the 20 warmest years on record having all occurred in the past 22 years, and 2015-2018 making up the top four.

While one degree might not sound like it will trigger us to peel off our winter coats and flock to Finland for a sunny getaway, an increase in temperature could cause catastrophic change. Sea levels will rise, ocean temperatures and acidity will grow and ecosystems will irreparably transform.

So, what are we actually doing to prevent these disasters? The truth is, not as much as we’ve promised. Global carbon emissions increased by 1.7% in 2017 and a further 2.7% in 2018, with data from 2019 forecasting levels to reach even higher.

As a global society, efforts to tackle climate change drastically vary. On one hand, the UK reduced its emissions by 44% between 1990 and 2018, but its own government Committee on Climate Change has advised that the country is lagging behind many of its long-term goals. China is on course to meet its Paris targets, yet these are not ambitious enough to limit warming to below two degrees.

Elsewhere, Sweden’s target is to have zero net greenhouse gas emissions by 2045, while the US has notified the United Nations (UN) of its intended withdrawal from the Paris Agreement. Together, we make up a mixed bag with inconsistent results.

Sporadic global efforts and varying goals can make it difficult to visualise our current carbon situation. The carbon dioxide (CO2) measured in the atmosphere is the key marker of progress or failure, so a clear understanding of our current actions can help us make plans for the future.

Despite not being the most water-efficient hygiene method, a bathtub is surprisingly useful when bringing this vision to life. Articulated by MIT professor John Sterman and author Linda Booth Sweeney, the Climate Bathtub model represents the vicious circle of attempting to remediate our carbon consumption.

Consider a bathtub filled with water. The water represents the amount of CO2 in the atmosphere and the bathtub represents the Earth’s atmosphere. The ‘water’ level rises as we add more into the tub, corresponding to the increase of CO2 in the atmosphere, and the drain at the bottom of the tub corresponds to the removal of the gas. The water level rises if the flow of water into the bath is larger than the flow out of its drain, and vice versa. The Paris Agreement’s targets of two and 1.5 degrees could be seen as two water level markers on the tub.

But what does a bathtub mean for climate change? First, we need to realise that the flow-in is larger than the flow out at the moment. Then, we need to, at a minimum, make the flow out equal to the flow in. This solution seems simple, either turn off the taps or create a greater drainage hole. However, in practice, there are thousands of taps that we need to turn off and just as many drainage holes that need discovering.

While we must all work to reduce the flow of the CO2 taps in our daily lives, we mustn’t forget the responsibility of industry in the effort to tackle climate change. It is here where the truth may hurt even more.

According to the World Steel Association, steel is responsible for between seven and nine per cent of all direct emissions from fossil fuels, and each tonne produced results in an average of 1.83 tonnes of CO2. As painful as this may be to admit, honesty is the first step towards change. Steel is a material central to our modern economy and is the second most traded commodity after oil, making it a vital resource.

Just like it has been for the past 150 years, steel will continue to be one of the world’s most sought after materials. As we’re not going to stop producing steel, it is vital that we evaluate its production in order to improve its environmental footprint. There are technology routes that can lower emissions from steelmaking, such as changes to blast furnaces and rethinking its core metallurgical equations. However, the catch is that many of these breakthroughs are a long way from making an impact, and customers must be prepared for the elevated cost of products that is incurred by these changes.

Humans used more resources than we were able to replenish inside one year for the first time back in 1970. Dubbed Earth Overshoot Day, the date that the Earth’s biocapacity is breached creeps forward each year, falling on 29 July in 2019.

Instead of looking to change the way we make carbon-intensive materials such as steel, we should examine how we can improve its existing lifecycle. The circular economy presents an opportunity to tackle the causes of global challenges by effectively making the most out of resources rather than wasting them. Instead of metaphorically adding more water to the bathtub, we need to make sure everything we’ve already put into it is used to its maximum potential to achieve a state of responsible consumption and production.

The energy-intensive nature of steel production makes circularity an effective option to maximise existing resources and reduce the amount of carbon added into the atmosphere. With plans to become more than 90 per cent circular by 2030, Sandvik is driving the shift in an industry that not only needs to be honest about its inherent inefficiencies, but must also do all it can to enact positive change and improve its environmental impact.

Now, it is more crucial than ever that we are honest about our CO2 consumption. Not only do our varied global efforts to meet sustainability goals need to be confessed and addressed, but we must also be open about the outputs of some of the world’s most vital industries in order to effectively tackle their challenges. After all, a bathtub can only hold so much water.