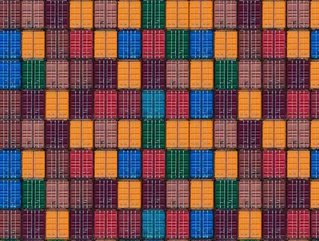 Export Development Canada (EDC), a financial Crown corporation dedicated to supporting Canadian business interests overseas, announced this week that it has launched its first representation in the United States, choosing Atlanta, Georgia as its headquarters for building Canadian exports and investment into the fast-growing economies of the U.S. southeast – Tennessee, Florida, North and South Carolina and Georgia.

The Southern US is a large target market for Canadian companies, particularly SMEs, and EDC hopes that its presence in the region will both help Canadian firms achieve US penetration, and provide a springboard into other global markets. Approximately 75% of Canadian exports are US-bound, according to EDC.

"The opening of EDC's new representation in Atlanta demonstrates the federal government's commitment to expand Canadian exporters' awareness of the opportunities available to them in the international market, both near and far. Whether they're in the critical first steps or jumping into expansion, these services will benefit Canadian exporters," said Minister of International Trade Diversification, Jim Carr.

A large part of EDC's activities will focus on partnering with regional banks to provide financing to major U.S. corporations and project owners either already buying from Canadian suppliers or with a strong potential to. Establishing financial relationships will also equip EDC to learn more about the needs of buyers and facilitate tailored introductions to Canadian suppliers, particularly SMEs, who can meet those needs.

"Success in international trade is about more than getting goods and services across the border. It's about making connections with people and establishing quality relationships to open doors to new opportunities," said Mairead Lavery, President and CEO of EDC. "We're better placed to do that by being on the ground in Atlanta, helping Canadian SMEs grow internationally, expanding Canada's global footprint, and strengthening the economy at home."