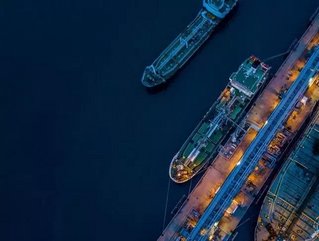 Texas-based gas and oil behemoth ExxonMobil announced on 31 October that operations have begun at its new unit in Antwerp, Belgium
The unit specializes in the conversion of heavy, high-sulfur residual oils into high-value transportation fuels including diesel and marine gasoil, with an output of 50,000 barrels per day.
“Our investment in Antwerp strengthens ExxonMobil’s competitiveness and position as a leading European refiner by expanding the refinery’s product slate and increasing our ability to deliver larger quantities of cleaner, higher-value fuels to European customers,” said ExxonMobil’s president of Fuels & Lubricants, Bryan W Milton.
ExxonMobil said in its press release that the facility will cater to projected demand for low-sulfur fuel oil facilitated by new legislation from the International Maritime Organization (IMO) set for implementation in 2020.
See more:
IMO’s website states: “From 1 January 2020, the limit for sulphur in fuel oil used on board ships operating outside designated emission control areas will be reduced to 0.50% m/m (mass by mass).”
The new restriction is expected to significantly reduce both air and marine pollution.
Other environmentally-considered upgrades to ExxonMobil’s Antwerp facility have included a 130-megawatt cogeneration unit to reduce greenhouse gas emissions, and a diesel hydrotreater to increase the facilities low-sulfur production capacity.
“The $2 billion we have invested in our Antwerp refinery over the last decade has made the facility one of the most modern and efficient in the world,” said Milton.
SustainabilityExxonMobilOil and Gaslow-sulfur
Share
Share