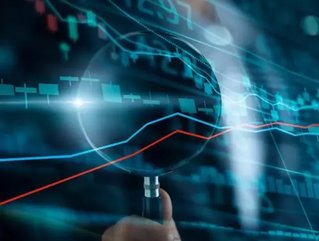 Chris Hughes is looking to give financial backing to his calls for economic diversity. After warning of the dangers inherent in corporate consolidation, even encouraging Facebook, the social media goliath where he started his career, Hughes called for the company to be dissolved.

Now Hughes is hoping to use the heightened interest around Big Tech to instigate a wider movement of regulation and analysis around companies holding a monopoly in the agricultural, health care and finance sectors. He has even called for companies to be dissolved where control of the market may be hurting consumers.

The Economic Security Project, co-chaired by Hughes, announced the launch of a US$10mn “anti-monopoly fund” on 17 October. The aim is to highlight the competition of commercial giants to promote diversity and “move the issue from the margins to the mainstream,” Hughes said in an interview with the Washington Post.

“You don’t need a degree in economics to know corporations and the wealthy have had a heavy hand in setting a lot of economic (policy) over the past several decades,” he added, “Americans understand corporate power has gotten out of control and a lot of (groups) are interested in organising to push back against them.”

The project is set to invest in a varied array of organisations until March 2021. This includes academic facilities researching mergers and market power, regulatory bodies looking to rein in industry and grass roots organisations that are competing with, and being overshadowed by, big business. The funding is hoping to offset the millions of dollars that giants like Facebook and Google invest in furnishing research in the company’s favour.

In an essay for the New York Times, Hughes spoke out against Facebook CEO, Mark Zuckerberg’s influence and how it out matched “anyone in the private sector or government”. He added that, in his belief, it constituted the power to crowd out investment and stifle innovation, which would be a burden consumers would end up bearing.

Regulators across the US have emulated this sentiment as antitrust investigations targeting Big Tech have come forward in recent months. Many attorney generals have signed on to an antitrust probe of Google, and many are following suit targeting Facebook.