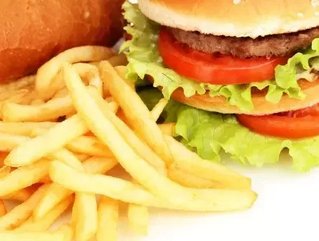 If you plan on stopping by your favorite fast-food establishment on August 29, you may not be able to get service.

Fast-food and retail workers from eight cities called on low-wage workers around the country to join them on Monday, in a national day of strikes on August 29.

The workers have been demanding higher wages and taking their fight to the streets by going on strike for a better future for their families and communities.  Workers are fighting for $15 an hour and the right to form a union without retaliation or unfair labor practices.

“If you work in a fast food or retail store anywhere in the country, we urge you to join our growing movement,” said Terrance Wise, a 34-year old father of three who earns $9.30 an hour after eight years at Burger King and $7.47 at Pizza Hut in Kansas City. “Get together with some or all of your co-workers and make plans to take to the streets on August 29. Encourage your friends, family, and neighbors to do the same. The more of us who go on strike that day, the louder our message will be that it is not right for companies making billions in profits to pay their workers pennies.”

The strike is likely to hit major national fast-food companies like McDonald’s, Burger King and Wendy’s. Retail employees at outlets like Macy’s, Sears and Dollar Tree are expected to join the strikes in some cities.

"The fast food restaurant industry is terrified that these [strikes] will spread to other cities," Wall Street Journal editorial board member Steve Moore said in an interview last week on WSJ Live. The industry has failed to address the concern of workers, who earn minimum wage or just above it. They feel they have very little to lose by uniting to demand higher pay.

“It’s wrong for big corporations to make billions of dollars in profits and pay millions of dollars to their CEOs, while us workers barely scrape by on minimum wage,” said Latrice Arnold, a 27-year-old mother of two who earns Michigan’s minimum wage of $7.40 an hour at a Detroit Wendy’s where she has worked for two years. “It’s time for these big fast-food and retail companies to pay up. They can afford to pay us more and have a responsibility to ensure the workers who keep their businesses booming don’t live in poverty.”

The workers who went on strike earlier this year in eight cities—New York, Chicago, St. Louis, Detroit,  Milwaukee, Seattle, Kansas City and Flint—unveiled an online toolkit to help workers around the country join the pre-Labor Day strike for $15.

“We are united in our belief that every job should pay workers enough to meet basic needs such as food and housing,” said Nancy Salgado, a single mother of two who has worked at McDonald’s in Chicago for 10 years and makes Illinois’ minimum wage of $8.25 an hour. “Our families, communities, and economy all depend on workers earning a living wage.”

Fast food is a $200 billion a year industry and retail is a $4.7 trillion industry, yet many service workers across the country earn minimum wage or just above it and are forced to rely on public assistance programs to provide for their families and get healthcare for their children. Nationally, the median wage for cooks, cashiers and crew at fast-food restaurants is just $8.94 an hour.

The group of fast-food workers demanding the adjustment of pay to $15 an hour started in New York City last November with a strike of 200 workers.