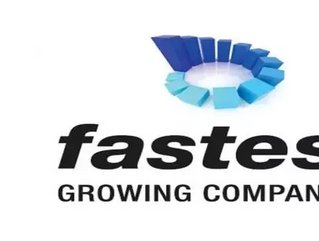 Before we get you into the Fastest Growing Private Companies in the U.S., you might want to check this article out as it appears in our March Issue of Business Review USA. For the tablet and iPad fans, it's way cooler to read this article while flipping through our user-friendly e-reader.

While 2010 showed a small inclination that America was poking its eager head out of the recession, there have been a select few companies that have found ways to beat down the negativity and show substantial growth over the last three years. From an electricity and natural gas provider, a vintage clothing online storefront, to a Southern Californian company offering language and cultural training to U.S. troops about to deploy to Iraq and Afghanistan, here are the top five fastest growing companies in America right now.

1. Dallas, Texas-based Ambit Energy ranks the top of the list as the fastest growing company with a three-year growth of 20,369 percent and from 2007 to 2010, the company saw a customer growth of 7916 percent. The electricity and natural gas provider was founded in 2006 at a restaurant called The Potbelly, no less. Jere Thompson and Chris Chambless met to discuss energy deregulation before aiming to build the finest and most respected retail energy company in the U.S.

The duo set up shop in the historic West End district of downtown Dallas and went to work on several $19 fold-up tables with a few other experienced team members. The company grew extraordinarily quick and in 2008 and Ambit showed revenues of nearly $200 million and nearly $325 million in 2009. Today, Ambit provides electricity and natural gas to residential and commercial customers in Texas, New York, Illinois and Maryland.

2. Pittsburgh, Pennsylvania-based ModCloth saw a three-year growth of 17,190 percent. High school sweethearts Eric and Susan Gregg Koger started the vintage clothing online storefront in 2002 based on their love for vintage and retro clothing. Today, ModCloth offers clothing, accessories and décor in a fun shopping experience through social media and blog interactions with customers.

ModCloth has raised $19.8 million in funding from Accel Partners and has moved its new headquarters in San Francisco last year and opened a supply chain operation in Los Angeles. The company has grown from $90,000 to $15.5 million in a mere three years, with the help of broad retail selections, attention to detail, vivid product descriptions and customer outreach.

In 2006, Luke was awarded its first bid, a 10-year, $1.9-billion contract to provide clinical support services for the U.S. Air Force at medical treatments facilities in the continental United States, Hawaii, Alaska and Guam. In 2009, Luke was awarded $1.27 billion in contracts to provide direct care medical services for the U.S. Army in four separate regions across the U.S.

4. El Cajon, California-based Lexicon Consulting saw a three-year growth of 14,017 percent. The provider of linguistic and cultural training to U.S. troops about to deploy to Iraq and Afghanistan was founded in 2005 by Jamie Arundell-Latshaw and her husband Leroy, who both have distinguished military careers under their belts but they were green when it came to government contracting. Arundell-Latshaw says that it was word of mouth among the troops and a commitment to Lexicon's government clients that propelled the business to success.

5. San Francisco, California-based WDFA Marketing saw a three-year growth of 13,969 percent. WDMA claims to be a young and cheeky marketing agency that isn’t like their traditional competitors. Although the company’s website is a bit hush-hush when it comes to services offered, the agency, headed by CEO and Managing Partner Raj Prasad, focuses on local community environments to make for integrating marketing strategies for a more effective and memorable experience for customers. WDFA is short for “We Don’t Fool Around,” and describes the mindset of the company and its micromarketing and guerilla tactics.