FBI Steps in After Needles Found in Sandwiches on Delta Flights 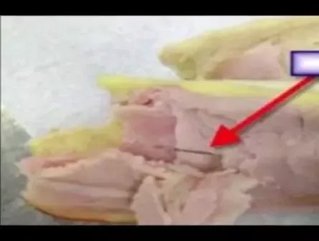 Airplane food has long been the butt of hacky comedian jokes and traveler woes for good reason—it’s usually unappealing. But it seems that the in-flight meals on recent Delta Air Lines flights hit a new level of unpleasantry after several passengers were served turkey sandwiches laced with sewing needles.

In all, six needles were found across four Delta flights heading to the US from Amsterdam’s Schiphol Airport on Sunday. Two Atlanta-bound passengers on separate flights and two passengers on a flight to Minneapolis discovered needles in their sandwiches.

Two additional needles were found during a check of sandwiches on a flight to Seattle.

Most of the travelers were not injured, but one of the Minneapolis passengers said that he bit down on a needle that punctured the roof of his mouth. After being questioned by authorities for three hours once the plane landed, the man declined medical treatment.

Police at Schiphol Airport and the FBI have launched investigations to figure out exactly how the needles got into the sandwiches in the first place.

Gate Gourmet, the vendor that prepared the sandwiches at a facility in Amsterdam, has released a statement assuring that it has launched its own “full-scale investigation.”

“The authorities involved have our complete support, and we are working closely with our customers, to include heightening our safety and security procedures,” Gate Gourmet said. “Nothing is more important to Gate Gourmet than the safety and well-being of our customers and their passengers.”

For its part, Delta has said that it has “taken immediate action” with its Amsterdam in-flight caterer “to ensure the safety and quality” of the food it serves, starting by replacing sandwiches on Amsterdam-US flights with sealed, pre-packaged food. (The passengers on the needle-discovery flights were treated with pizza).

While the exact origin of the needles or a motive for planting them is not yet clear, there is one thing we do know. There’s no need to cancel your summer travel plans, as the TSA says it does not believe the incident is a breach of national security.