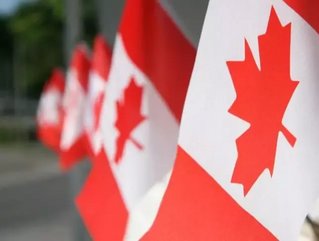 2017 marks the 150th anniversary of the Canadian Confederation, or as many are calling it, Canada’s 150th birthday. Since the British North America Act of 1867 joined the colonies of Canada, a unified country has racked up a whole host of achievements.

Great inventions aren’t often entirely original. For example, Thomas Edison is widely credited for the invention of the lightbulb. Not many know that he purchased a patent for the basis of his product from Canadians Henry Woodward and Matthew Evans.

In 1873, Toronto neighbor’s Woodward and Evans began working on the idea of an electric lightbulb. They developed a prototype incandescent bulb with a carbon-rod filament.  On 24 July 1874, they were granted a Canadian patent, and shortly after, attempted to take the product to market.

Unfortunately, they were unable to raise sufficient funds. In 1879, Edison bought the patent from Woodward and Evans, refined the process and commercialized it. Canadian inventor Reginald Fessenden sent the first two-way voice transmission by radio on 24 December, 1906. Prior to this, people communicated by radio via morse code, with radio operators decoding the communication into messages.

Fessenden transformed radio communication when he broadcast human voices from Brant Rock (near Boston) to several ships off the Atlantic coast. Fessenden gave a summary of the program, played a recording of Handel’s “Largo” and took to the violin for a live performance of “Oh Holy Night”.

Fessenden invented radio as we know it, but never received due recognition. After lengthy lawsuits, he lost control of his patents, fought with partners and ending up migrating to Bermuda, where he eventually died.

Dubbed as the "father of biomedical engineering in Canada”, Winnipeg-born John Hopps invented the pacemaker. Hopps was initially researching the effects of radio frequency heating on hypothermia, when he found that if the heart stopped beating when its temperature dropped, it could be restarted artificially. From this research, Hopps developed the first cardiac defibrillation machine, which was used to start a dog’s heart in 1949.

In 1922, 15-year old Joseph Armand Bombardier built a propeller driven snow buggy. However, his father made him remove the propeller so it wouldn’t harm him or his siblings.  Bombardier didn’t let this hiccup stop him.

Throughout the years, he worked tirelessly on his prototype, gradually developing the snow buggy. In 1958, Bombardier revealed a vehicle fit to conquer Canada’s unique “wet” snow. The ‘Ski-Doo’ featured a caterpillar track, and was very successful.

Bombardier’s product sold both as a utility vehicle and a toy for fun adventures in the snow. It became a huge aerospace and transportation company, with subsidiaries like Challenger and Global. Nasa stopped using the Canadarm in July 2011, but not before it established Canada’s reputation as a leading technological innovator.

Canadian company OpenText is an enterprise information management (EIM) software solutions company that leads its sector globally. The firm was born out of a University of Waterloo study that sought to copy all 60 million words of the Oxford Dictionary to an electronic database.

The search technology which was developed for this project was eventually recognized as being useful for other electronic applications.

In 1991 (when the Internet was emerging) the outcome of the project was commercialized by a private spin-off, Open Text Corporation. Open Text grew as the Internet did – organizations sought to index and search their growing stores of electronic information.

18 years ago, the first BlackBerry phone was released by BlackBerry Limited (then known as Research in Motion). The BlackBerry 850 was introduced as a two-way pager in Munich, Germany. Supporting email and limited HTML browsing, the 850 featured a monochrome screen.

In 2016, Blackberry announced it would cease designing its own phones. The company no longer has much influence in the phone sector, however it will always be hailed as a pioneer.

ZENN (Zero Emmission, No Noise) is the product of Toronto firm ZENN Motor Company. The battery electric vehicle created quite a buzz in 2006, hitting the electric car market at a time when environmentalism was becoming more of a mainstream interest.

The car was popular in the US and Canada, and in the Michelin Challenge Bibendum 2006, ZENN received the highest overall rank in the Urban Car category. Zenn didn’t survive the financial crisis – it stopped producing cars in 2009.  However, the company still develops car batteries.