Female entrepreneurship on the rise in Canada, but will it last? 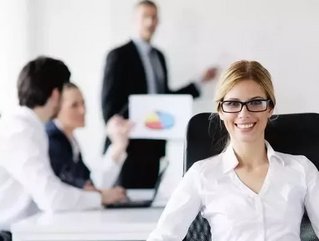 Women are taking charge of the business world—or so it seems. Originally brought to light by the Globe and Mail, Canada is the new spot for female entrepreneurs. If you’re a female business leader, then now is the time to be heard. Women have something significant to not only add to the business world, but the overall economy, too.

RELATED TOPIC: New CEO for Canada Basketball and other females in charge

Interestingly enough, back in 2011, the Royal Bank of Canada predicted that female small and medium sized businesses had already contributed to $148 billion in economic activity. Furthermore, the bank estimated that if this number increased by just 10 per cent, that a widely impressive $198 billion would be added to the economy over the next decade.

But why is Canada the new hot spot for women in business? And what does it mean for the future?

For starters, family-friendly policies and various investments in women have been behind the emerging female entrepreneurship that has since been growing throughout the country.

Specifically, the Business Development Bank of Canada revealed that $700 million had been earmarked to assist in financing women-owned businesses.

RELATED TOPIC: Tips for CEOs to balance family and work

While there have been success stories and encouragement for female entrepreneurs and business owners, there needs to be even more support. Women are still not likely to receive access to capital and their business revenues are still low.

Even more so, leadership isn’t overly strong in Canada—while 47 per cent of women do make up the workforce in Canada, only 3 per cent are currently CEOs.

In order for Canada and businesses to tap into this resource, something more needs to take place. Specifically, the Canadian government needs to set more examples and precedents to encourage women in business.

One example that could help accomplish this would be for various companies to diversify their C-suites and boards. In doing so, the visibility of female leaders will help to promote other businesses to follow suit. As well, more women may be inclined to step into bigger roles.

RECENT TOPIC: Weak oil prices create disaster for the industry—how many jobs could be lost?