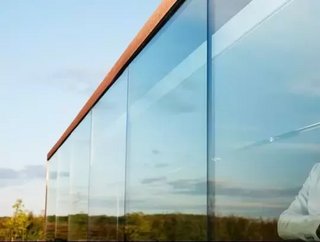 In their latest issue, Financial Post published its 2017 Power List. The list consists of the 25 Canadian “movers and shakers” the magazine's writers and editors think are moulding the country’s business sector. Below are the results of FP’s first ever Power List, along with some supporting quotes:

“Drake is so salable that he inked a marketing deal last year with Apple, the world’s largest company and most-recognized brand. Since signing the deal — Apple offered US$19 million, according to the New York Post — Drake has appeared as a spokesman at Apple’s Worldwide Developers Conference, allowed the tech company to use his music in advertisements and given streaming service Apple Music the exclusive rights to his latest album, Views. Sales of Views suggest the partnership is paying off. Apple sold a million copies of the album through the iTunes store during the first five days it was on sale in May, and fans streamed the album through Apple Music more than 250 million times, according to The Wall Street Journal.”

“The chief executive of Canadian Pacific Railway Ltd. has spent a long and successful railroad career sounding off about the industry and is undaunted by his opponents, whether they be politicians, regulators or competitors.
Even a planned retirement slated for July 2017 will not subdue his ambitions in the meantime. His latest campaign centres on the Western Canadian grain harvest, which is expected to be a bumper crop and be a positive development for the railways, which have been struggling with shrinking volumes amid weak commodity prices and a tepid economy.”

“FirstEnergy Capital Corp. analyst Michael Dunn suggested in an August research note that Suncor — fresh of a $3-billion equity raise — could strike up to three more deals in the oilsands. The equity raise was intended to “reposition the balance sheet for potential further acquisitions,” Williams said during an earnings update over the summer. “Clearly our view at the moment is that there is more value to be had in the acquisitions and mergers pieces than the organic pieces and that’s where you’ve seen us spending our time.” He tried to temper expectations by saying “I think that cycle will come to an end,” but few people are convinced he’s done buying up distressed assets yet.”

“Russ Girling has become famous for the ambitious and contentious projects he has championed in both Canada and the United States. Now his company’s reach is growing in Mexico as well. The CEO and president of TransCanada Corp., the precocious Calgary-based pipeline builder and operator planning to spend $25 billion on growth projects between now and 2020, is also pushing some of the biggest and most divisive infrastructure projects on the continent.”

“Chief among his activities is being an advocate for TransCanada Corp.’s Energy East project that would deliver 1.1 million barrels of oil from Alberta and Saskatchewan, through Quebec, and onto a deep-water marine terminal in McKenna’s home province of New Brunswick. Although he supports the idea of a carbon tax and renewable energy — and serves as board chairman of Brookfield Asset Management, which he notes holds the largest portfolio of North America’s private hydroelectric assets — he says Canada is still a gas and oil producer and should be extracting maximum economic rent from these resources.”

“Since becoming chairman in 2014, the former Goldman Sachs president has overseen a massive overhaul at Toronto-based Barrick. He has replaced most of the executive team, axed middle management and made everyone more accountable. The results speak for themselves: Barrick has shed billions of dollars of debt and generated excellent financial results. That he inherited a debt-addled mess of a company from his predecessor Peter Munk makes the speed of his clean-up all the more remarkable.”

“His Palo Alto-based investment fund Social Capital, which Palihapitiya founded in 2011 after leaving Facebook Inc., where he worked closely with Mark Zuckerberg to grow the user base from 50 to 700 million, is valued at more than US$1 billion. Now 39, Palihapitiya says Social Capital is one of the fastest-ever VC firms to reach US$1 billion in assets — achieving that formidable milestone in less than five years.”