Finding the balance: Don&#039;t let your job ruin your life 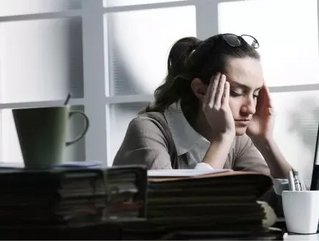 He can’t be serious, Jim thought. Jim been recruited away from a Fortune 500 firm by a fast-growing start-up, and it was his first day. The president of the company had just handed him a BlackBerry and said, “Keep this with you at all times.” Really?, Jim thought.

That Saturday morning, one of the founders sent an e-mail to the senior leadership team. By 5:00 p.m., there were more than thirty replies. Jim soon learned that at this company, there was no concept of detachment from work. He grieved the loss bitterly, and his friends would mock him for stepping out of the bar to check e-mail at 10:00 p.m. while they were out for a few pints of beer. In a matter of months, Jim’s job began to seriously interfere with his relationship with his wife.

One study found that half of employees believe their current workload is unsustainable. As a result, 33 percent of people start thinking about work the moment they wake up and 75 percent think about it until they go to sleep at night.

Luckily, Jim’s story has a happy ending. Less than a year after being handed that BlackBerry, he left the company for a job that allowed him to have a life. But for many, especially in the cold, dark days of February, the concept of a real life outside of work is like a unicorn - it might exist, but you haven’t seen it.

So whether you’re spending too much time at the office or taking your stress out on your family, allowing your job take over your life is a slippery slope of misery.  More scientifically, research shows that workers who experience such conflict are less healthy, less happy, and more likely to engage in passive coping behaviors like overeating, drinking, or drugs.

Want your job to stop ruining your life? Here are three tips to end the madness:

More hours at work don’t always make us more productive. Think about a typical day in the office. You arrive, fire up your computer, and answer e-mail. Then maybe you wander down the hall to the coffee machine and leisurely pour a cup of coffee. You run into your friends and discuss last night’s football game. You wander back to your office, start a task, and get interrupted by a member of your team. And on it goes. By the time you leave at 7:00 p.m., you might have had only five to six productive hours. Do you ever wonder if there’s a better way?

We live in a society where the number of hours we spend at work can be a barometer for our self-worth. Because I spend twelve hours per day at work, we think, I must be important and valuable. This reasoning is dangerous and illogical. It is not a crime to do things efficiently; if you can get the same result in eight hours versus ten and spend two more hours with your family, do it!

To get more done in less time, use the One Less Thing Principle. For every work activity, ask yourself:

2. Harness the power of power breaks

Just like Jim discovered, being tethered to your e-mail 24/7 isn’t a good idea.  One study examined the effect of uninterrupted work on our ability to focus. The researchers asked two groups of students to complete a forty-minute task that required concentration. One group simply completed the task. The other group was asked to stop the task and memorize a set of numbers at three points wile they completed it.

The results were striking. Even though the second group spent less time on the task, they performed better. Viewing the numbers served as a “power break”: something that let them briefly turn their attention from the task to something else.

Similarly, power breaks from work help us perform better. Certainty, it’s not easy to take a three-week vacation and lock your phone in the hotel safe. But at a minimum, carve out evenings and weekends to escape your “technology tether.” Perhaps you can’t unplug every evening—then aim for three evenings per week. If you have to work on a Saturday, don’t work on Sunday. Find what works for you.

There’s a great deal of evidence that exercise reduces stress—in particular, high-intensity workouts have proven effective in reducing anxiety. And recent research suggests that exercise actually decreases work-family conflict. In a study of 476 workers, Russell Clayton and his colleagues found that people who exercised regularly had less conflict between work and home. Why? They argue that exercise can be a powerful way to “psychologically detach from work.”

So, it will pay off to keep your New Year’s resolution to exercise more - not only will you look better in your jeans, you’ll have a more balanced life!

A proud leadership geek, executive coach, speaker, and contributor to the Huffington Post, Dr. Eurich is also the author of The New York Times bestselling book, Bankable Leadership: Happy People, Bottom Line Results, and the Power to Deliver Both.  She also helps organizations succeed by improving the effectiveness of their leaders and teams.  Dr. Eurich passionately pairs her scientific grounding in human behavior with a practical approach to solving some of today’s most common leadership challenges. Her decade-long career has spanned roles as an external consultant and a direct report to both CEOs and human resources executives. The majority of Dr. Eurich’s work has been with executives in large Fortune 500 organizations, including CH2M HILL, Xcel Energy, Western Union, IHS, Destination Hotels and Resorts, Newmont Mining, Centura Health, CoBiz Financial, the City of Cincinnati, and HCA.

She has been featured in The New York Times and Forbes and she has published articles in Chief Learning Officer Magazine, The Journal of Business and Psychology among many others. In 2013, Dr. Eurich was honored as one of Denver Business Journal’s “40 under 40” rising stars in business.

Books can be ordered at BankableLeadership.com.

To connect with Dr. Eurich, please visit Twitter.com and Linkedin.com.