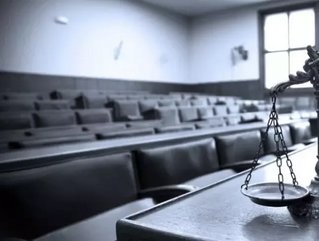 Tragedy has hit once again, as a coroner’s inquest will begin today to uncover the truth behind Lee Allan Bonneu’s murder—a six-year-old boy who died back in 2013. Bonneu was found with head injuries in a secluded area on a reserve in southern Saskatchewan.

However, that’s only the first part of this horrible misfortune—the one believed to be responsible for this murder was just 10 years old at the time of the crime.

Right before his untimely death, Bonneau had just recently been placed into his second foster care home. The night in question, the young boy had gone with his new foster mother to the First Nation’s recreation centre for a bingo game.

Bonneau was later seen outside of the establishment, playing with dogs. It’s speculated that he later crossed paths with the then 10-year-old boy before sustaining severe head injuries. It’s believed that Bonneau was struck with a blunt object.

Considered to be one of the youngest killers in Canada, the 10-year-old-boy was unable to face criminal charges at the time of the murder. The unnamed child was put into a “child resource home” to get supervision and treatment—he could remain in said care until he turns 21. Saskatchewan’s child advocate determined that the child suffered from behavioral issues and shouldn’t have been unsupervised.

Taking place for the next two weeks in a Regina courtroom, the purpose of this inquest is to uncover the who, when, where and how of the six-year-old boy’s death. It’s also hoped that the jurors chosen for this particular case can come up with various ways to prevent this type of tragedy from happening in the future.