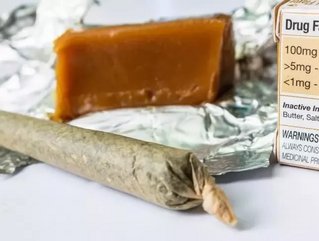 Vancouver is reportedly still rife with illegal marijuana vendors, but the owners of the city’s first two licensed marijuana retailers are confident a wave of legalised cannabis business is about to break over the city. Mike Babins, owner of Evergreen Cannabis Society, told CTV News that "I'm sure there was this issue when alcohol prohibition ended, but today do you go to the liquor store or some guy making bathroom hooch?"

Located in the Kitsilano neighbourhood of Vancouver, Evergreen cannabis is the first of two stores to open this week, alongside City Cannabis. The province of British Columbia told CTV News that it had received 232 applications for the operation of legal cannabis retail businesses, but that so far only six have been approved.

In a national poll conducted by Ipsos in December, it was revealed that one third of Canadian users were yet to try the legal system for cannabis purchasing. Currently, small-scale underground dealers are still expected to maintain the existence of the black market. According to a report by the Washington Post, this is due to the high barriers for entry into the legal cannabis market in several Canadian provinces, where many shops are government owned. Even in Alberta, Saskatchewan and Manitoba, where private enterprises are legal, regulatory fees in excess of US$20,000 per year have reportedly hindered the entrance of small-scale operations to the market.

Commenting on the regulatory control exercised by the British Columbian government, Babins told the Vancouver Sun: “With the provincial stuff it was just a lot of thorough investigation. Every time they had to call me and say we need this now, we need that now. I went from thinking what’s taking so long to of course it’s taking so long. Because they’re trying really hard to make sure it’s a clean industry without a criminal organization in it.”

In November 2018, the Bank of Montreal predicted the Canadian recreational and medical cannabis markets could cumulatively report $5.9bn per year in revenue by 2025. According to a report by the Financial Post, the “biggest three licensed producers in Canada — Canopy Growth Corp, Tilray and Aurora Cannabis — have a combined market capitalization of more than $30bn.”
Jaclyn Pehota, Evergreen Cannabis’ legal consultant said: "I think they represent a success story from the legalization perspective, because they come from the grey market and have successfully transitioned into a legal market. I think that's the point of legalization and that's heartening."