The five best US states for doing business in 2018 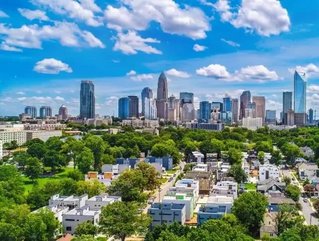 With 2018 seeing Amazon announcing two locations for its HQ2 project, settling on Queens in New York and a site in Northern Virginia, and North Carolina currently leading sweepstakes for the site of Apple’s new campus - which will reportedly create 20,000 tech jobs in the next five years - it is an exciting and competitive time fo. State governments and members of the private sector are competing fiercely for a slice of expanding markets. In time for the end of the year, Forbes Magazine has released its rankings of which US states are the best for business.

Business Chief North America takes a look at the five best places in the US for business this year and going forward into 2019. This year’s version of the study “looks at 41 metrics across six main categories: business costs, regulatory environment, economic climate, growth prospects and quality of life.”

With a population of 1.92mn, Nebraska is the 37th most-populous state in the Union and the smallest in the top 5. Forbes reports that the state “boasts low business costs and a business-friendly regulatory climate. The Cornhusker State's average unemployment rate of 3.2% over the last five years was the second lowest in the country.”

Ranking first in the nation for quality of life and regulatory environment, Virginia is predicted to experience strong growth in the wake of its Amazon headquarters win earlier this year. The HQ2 project is expected to bring 25,000 jobs to the area. Virginia is among the three states to ever place first in the country multiple times (five) on the Forbes list.

“Employment, income and economic forecasts for the Longhorn State all rate among the top four in the nation. The state is also a leader for startup activity and venture capital investment. Texas has been the No. 1 state for corporate relocations and expansions for six straight years”, Forbes reports. The state also ranked first in 2018 for economic growth prospects.

Occupying the Forbes best states to do business list’s top spot six times in seven years, (between 2010 and 2016), Utah is ranked second in labor supply with a population of 3.1mn people, and the state’s employment growth is the highest in the nation over the last five years. According to Forbes, “Utah’s tech prowess was highlighted this month when German tech giant SAP announced a deal to purchase Provo-based cloud unicorn Qualtrics, one of the leaders of the state’s startup and tech community known as Silicon Slopes. Utah tech companies are aided by energy costs 15% below the national average, per Moody’s Analytics.”

With a cost of doing business that is 10.1% below the national average, North Carolina maintains its place as the best state in America for business. The state’s 3% corporate tax rate is the lowest in the country. “In addition to low costs, the state boasts a highly educated labor supply fueled by graduates from 53 colleges and universities, including elite schools like Duke University and the University of North Carolina.” Also, job growth is strong and the state’s population is growing at twice the national average. North Carolina cities Charlotte and Garner both secured  $200 million Amazon distribution centers this year, Forbes reports. Each of these facilities are expected to generate 1,500 jobs in the next year.