The five most innovative cities in the US 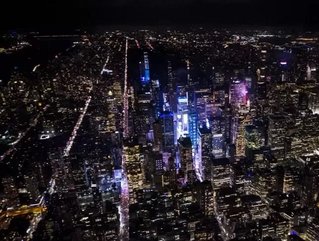 Business Chief ranks the top five most innovative cities in the US, originally reported by Business Insider.

Located on the shore of Lake Michigan, Chicago is home to 2.7mn people, and is home to ten Fortune 500 companies, including aeronautics manufacturer Boeing and healthcare product giant Walgreen Boots Alliance. Chicago moved up the Business Insider rankings by nine places in 2018. The city is also one of the country’s leading startup hubs, serving as an incubator for Grubhub, Groupon, and Blue Apron competitor Home Chef. The food delivery startup was ranked the fastest-growing business in the city, by Inc. 5000, with reported growth of 60,165.5% over the past three years, and a 2017 revenue of US$255mn.

Home to premier universities University of Massachusetts, Harvard and MIT, Boston is a world-leading hub for technological innovation. Corporate giants Boston Dynamics and General Electric are headquartered in Boston, and is at the heart of the US biotech, robotics and healthcare startup industries. TechCrunch reports that “venture investment in the Boston metro area hit $5.2 billion so far this year, on track to be the highest annual total in years” in August. Boston fell by two places in the Business Insider rankings in 2018.

The global hub of the entertainment industry, Los Angeles is also host to several of the largest and most successful startups in the US. Elon Musk’s SpaceX has become the fastest-growing privately owned designer and manufacturer of space transport vehicles in the world, with a 2018 valuation of $24.7bn making it the 3rd most valuable private startup in the US. Los Angeles is also home to a thriving entertainment technology ecosystem, with gaming giants Blizzard Entertainment and Riot Games among the many software companies that call the city home. Los Angeles rose one rank on the Business Insider list in 2018.

The banking and finance hub of the US, New York City is home to Fortune 500 giants IBM Watson, Citigroup and JP Morgan Chase among others. Communications giant Verizon is also headquartered in the city. In 2017, venture capital investment in the city reached $12bn, and several of the country’s most valuable startups call New York home, including: WeWork, Compass and Peloton.

Synonymous with radical and disruptive tech innovation, Silicon Valley has been the birthing ground for the world’s largest and most influential digital businesses, including Apple Inc, Alphabet (Google), Facebook, Visa, Netflix, Intel, Tesla, Cisco Systems and Nvidia. In 2018, Silicon Valley rose by one rank on the Business Insider list, coming third overall worldwide behind London and Tokyo.