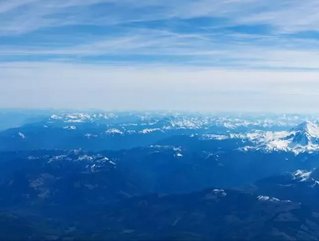 Budget carrier Flair Airlines has announced that it will be offering customers the opportunity to get a three-month unlimited travel pass for CA$700.

Hoping to encourage travel during the sluggish winter season, the company is also making a $500 variant available. Although still granting many of the benefits of the full-priced ticket, it does not include travel on Fridays, Sundays or public holidays and neither does it include checked luggage.

“Everybody travels at Christmas. Everybody travels when the weather’s warm...but when the temperature goes down, people tend not to travel as much domestically,” said Jim Scott, CEO, in an article with The Globe and Mail.

“If you have seats that are not full, how do you stimulate people to travel more? You just say, ‘Pay for a pass and then travel for the full 90 days.’”

Canada’s aviation market has four other budget carriers: Air Canada Rouge, Canada Jetlines, Sunwing Airlines and Swoop. Flair might have made a strong impression with its unlimited travel offer, but the fight to provide the best budget service in Canada isn’t over.

With air travel still relatively expensive to operate across the country, some airlines are conceding that the challenge to keep a foothold in the market is difficult.

Speaking to the Financial Post, Swoop’s CEO, Steven Greenway, echoed the sentiments expressed by Scott. “I’ve never seen seasonality like in Canada. In summertime it’s a beautiful country, everyone loves going domestically around Canada, and in winter everyone grows feathers and goes south to the sun.”

“We try to look for something perennial that we can operate all-year-round,” he explained. “If you don’t do that, it’s almost like your holiday home — it’s a bit expensive, you lock it up six months of the year and it’s not used.”

However, the answer might simply lie in providing great customer service for less. In January 2020, Sunwing received a ‘Consumer Choice Award’ in a ceremony by the eponymous organisation based in Quebec.

Award recipients are chosen through the organisation’s careful research and public surveying, which is then analysed to find out who consumers themselves believe are the best company in each field.

“We have operated out of the province for almost 14 years and continue to expand our offerings to sun-seeking vacationers throughout the province,” said Lyne Chayer, General Manager of Sunwing Quebec.

“We believe our wide range of destination options, convenient vacation packages and departures from five local airports across the province has made us a popular choice with Quebecers.”