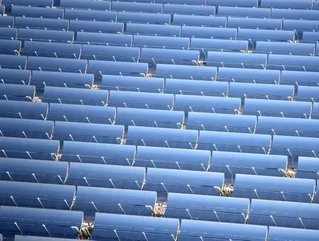 The Florida Power & Light Company announced today that, on Friday January 25, it generated more than 1,000 MW of electricity across its photovoltaic installations. This represents a major milestone for the Juno Beach-based company as 1,000 MW generated is sufficient to power approximately 200,000 Florida homes.

"FPL is in the midst of one of largest solar expansions in the history of the U.S. We generated 10 times more solar energy last year than we did in 2016, and we're investing billions of dollars to advance solar affordably for our customers. Crossing the 1,000 MW mark is a symbolic milestone of our commitment, and we look forward to achieving many more milestones like this in the future," said Eric Silagy, president and CEO of FPL.

Florida Power & Light Company is the largest energy company in the United States as measured by retail electricity produced and sold, serving more than five million customer accounts or an estimated 10 million people across the state of Florida. FPL's typical 1,000-kWh residential customer bill is approximately 30 percent lower than the latest national average.

At the beginning of January, Florida Power & Light announced its continuing comittment to expanding its renewable energy capabilities, unveiling its "30-by-30" plan to install 30 million more solar panels across Florida by 2030. The plan will result in approximately 11,000 MW of installed solar capacity by 2030. FPL and its sister company, NextEra Energy Resources, are already the world's largest producer of renewable energy from the wind and sun and, when this plan is completed, FPL expects to be the largest utility owner and operator of solar in America.

"FPL is not your traditional electric company," said Silagy. "We're a technology company that delivers power, and we've long believed in making smart, forward-thinking infrastructure investments to produce tangible, long-term benefits – cleaner air, lower electric rates and reliable service – for our customers and our state. Now we're taking our long-standing clean energy commitment to the next level. Bottom line, this bold, innovative plan is the right thing to do for our customers and for our fast-growing state, and we look forward to working with local and state officials and our regulators to make this vision a reality."