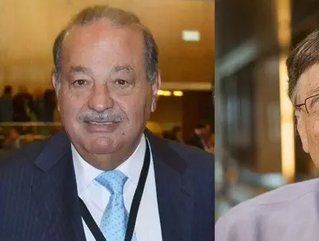 Forbes has released its 2013 billionaires list, which this year includes a total of 1,426 whose net worth combined reaches $5.4 trillion.

The United States leads the world in billionaires by location with 442, while Asia-Pacific has 386, Europe is residence to 366, the Americas include 129 and Middle East and Africa encompass 103.

Wealth rose across the globe. Forbes reported that although in 2012, as many billionaires' net worth that fell were offset by those that rose. For 2013, billionaires' whose wealth rose outnumbered those whose fell by four to one. Some growth in global wealth was due to consumer spending such as Diesel Jeans parent company President Renzo Rosso whose wealth came in at $3 billion, retailer Bruce Nordstrom who totaled $1.2 billion and designer Tory Burch who reached $1 billion.

The world’s richest person, as ranked by Forbes, is Carlos Slim, who has been ranked as such by Forbes since 2010, with Bill Gates in as second richest and Amancio Ortega in as third wealthiest.  The world’s richest woman is Liliane Bettencourt of France whose net worth is $30 billion. On the family front, the Walton family of Wal-Mart graced the list four times with a total net worth of $107.3 billion. See the full list below: