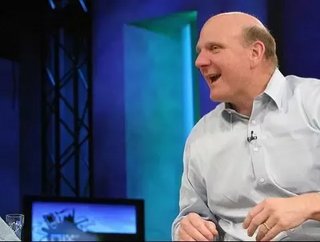 Former Microsoft CEO Steve Ballmer has recently created USAFacts.org to highlight areas of significant spending by the US government and where there can be increased revenue for everyday citizens, including “spending balance sheets, government employment and government-run businesses.”

Now retired, Ballmer was influenced by his wife to place interest in creating the website and highlight how government’s impact on society by taking a closer look at government spending, according to The Times. Upon searching the internet for answers, it was evident that there was no clear source of where this factual data was stored.

Taking action, Ballmer’s new website showcases interesting information through colourful, simple graphics, highlighting various demographics, revenue accumulated and areas of spending by government’s year on year Once the user clicks on an area of interest, the website provides even more detailed analytics to the certain area of spending.

With a user-friendly design, the website took approximately three years due to compiling such an extensive data source, which has been placed in an easy to use format for all users to understand. Data specialists, economists and researchers all contributed to the data source, where the site relies extensively from data supplied by government agencies, with partnerships with academic institutions, such as the Stanford Institute for Economic Policy.